A zebra has been shot dead after escaping from a circus in Germany.

The animal had caused a traffic accident and damaged cars after running away from the circus in the northern state of Mecklenburg-Western Pomerania on Tuesday night.

Police said that after “a number of unsuccessful attempts” to detain the zebra over several hours, it was shot dead in the village of Thelkow on Wednesday morning. 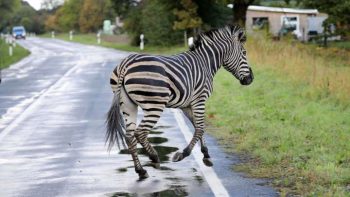 A second zebra that had also fled the circus was captured.

According to police, the zebra that was later killed had been running on the A20 highway and caused an accident involving two vehicles.

No one was injured but the road was temporarily closed.

The zebra ran away from the A20, damaging more cars, before it was seen in a field between Kowalz and Thelkow, police said. 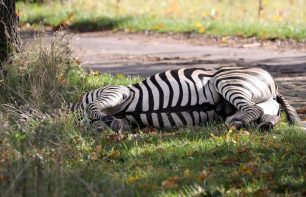 “The circus tamer responsible for the animal then also tried in vain to bring the zebra under control,” a police spokesman said.

Emergency rescue workers from a local fire brigade joined the effort to try and capture the zebra before it was shot.