The 107-year-old and 300-day-old twin sisters from Japan set a Guinness World Record for being the world’s oldest twin sisters on September 1.

Umeno and Koume were born on 5th November 1913 on Shodo Island, Kagawa prefecture, Japan, into a large family of 13.

According to Guinness World Records, the twin sisters Amino Sumiyama and Koma Kodama were born on November 5, 1913, on the western Japanese island of Shudoshima.

A statement from Guinness World Records said that on September 1, Amino Sumiyama and Koma Kodama broke the previous record of 107 years and 175 days set by Japanese sisters Kun Narita and Jin Kan. 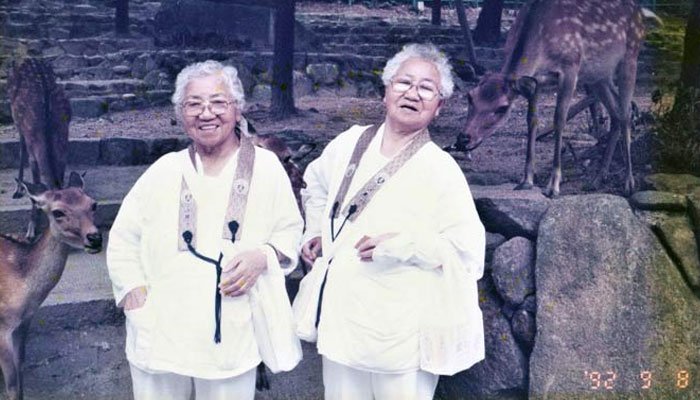 Guinness World Records says that because of Corona, we have not been able to meet the twin sisters in person and issue official certificates, so the certificates have been delivered to their homes.

The twin sisters of the showbiz industry, Aiman and Minal Khan recently...