According to details, the objective behind opening a foundation is to support talented individuals in the fields of cinema, sports, and science. These three subject areas were close to Sushant’s heart.

Sushant’s family has released a statement in which it was mentioned that Sushant’s childhood house in Patna will be converted into a memorial. In this memorial, his personal belongings, his books, and “most prized possession” – his telescope will be displayed.

Here is the complete statement:

“The world’s Sushant Singh Rajput was simply Gulshan to us.

He was free-spirited, talkative, and incredibly bright. He was curious about just everything. He dreamed without restraints and chased those dreams with the heart of a lion. He smiled generously. He was the pride and inspiration of the family. His telescope was his most prized possession, through which he fondly gazed at the stars.

He truly loved and cherished every single one of his fans. We thank you for showering our Gulshan with so much love.

To honor his memory and legacy, the family has decided to set up Sushant Singh Rajput Foundation (SSRF) to support young talents in areas close to his heart – cinema, science, and sports.

His childhood home in Rajiv Nagar, Patna, will be turned into a memorial. We will put his personal memorabilia and belongings there, which include thousands of books, his telescope, flight-simulator, etc, for his fans and admirers. From now on, we intend to maintain his Instagram, Twitter, and Facebook page as legacy accounts to keep his memories alive.

We once again, thank you all for the thoughts and prayers.” 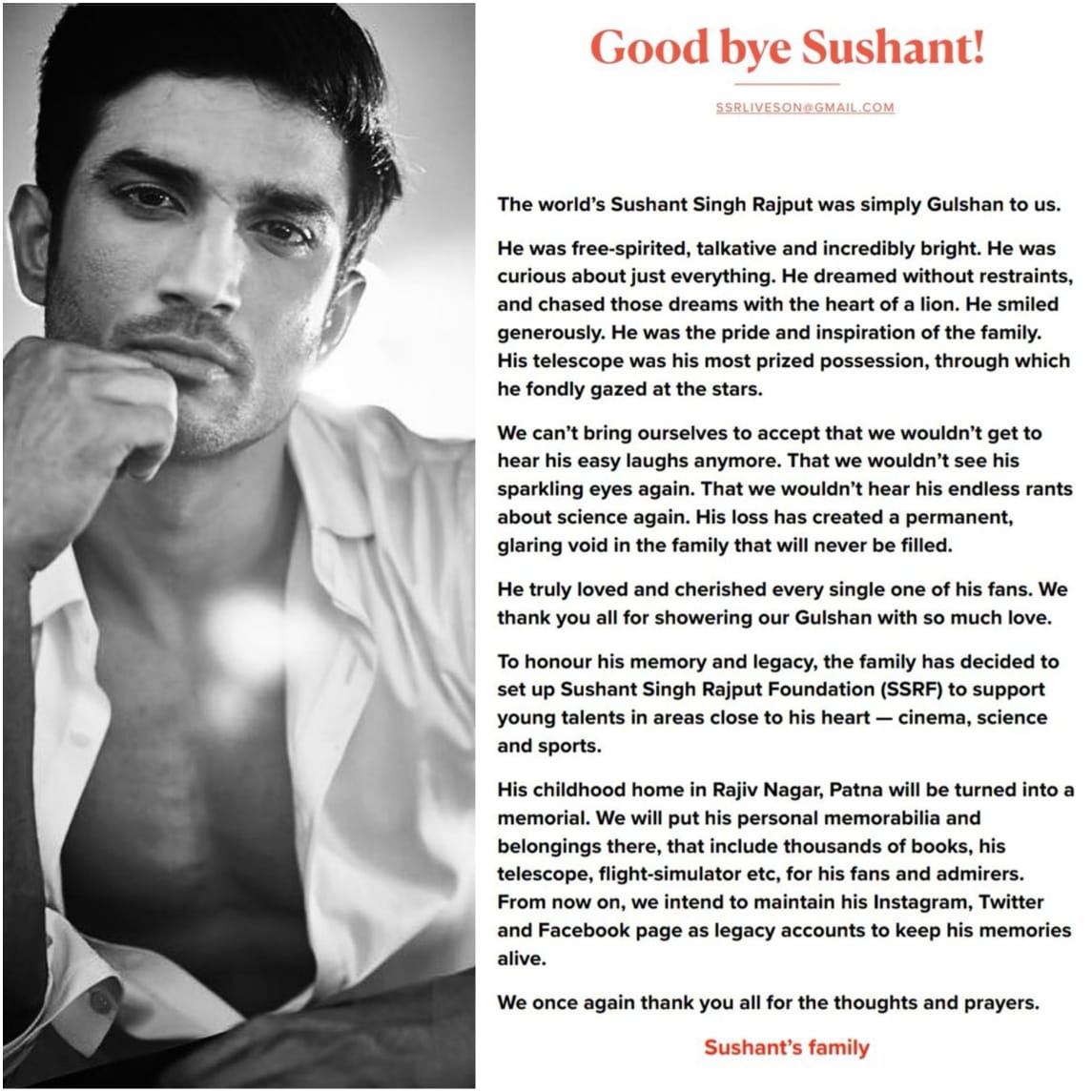 Bollywood actress Deepika Padukone and her manager Karishma Prakash have confessed to...

Interrogation regarding drug use allegations is underway. Actress Shraddha Kapoor denied all...

Filmmaker Karan Johar finally broke his silence and denied all the drug-related...

Today’s USD to PKR buying exchange rate given below as per Open...

Today’s AED to PKR buying exchange rate given below as per Open...

Today’s USD to SAR buying exchange rate given below as per Open...