Actress Taapsee Pannu has begun shooting after around three months of lockdown.

Taapsee is one of the first Bollywood actors to resume shooting after a lockdown in India.

She tells the news to her fans by sharing an image of her make-up vanity room.

The ‘Pink’ actress explained the image, “Let’s do this. #BackToWork,” 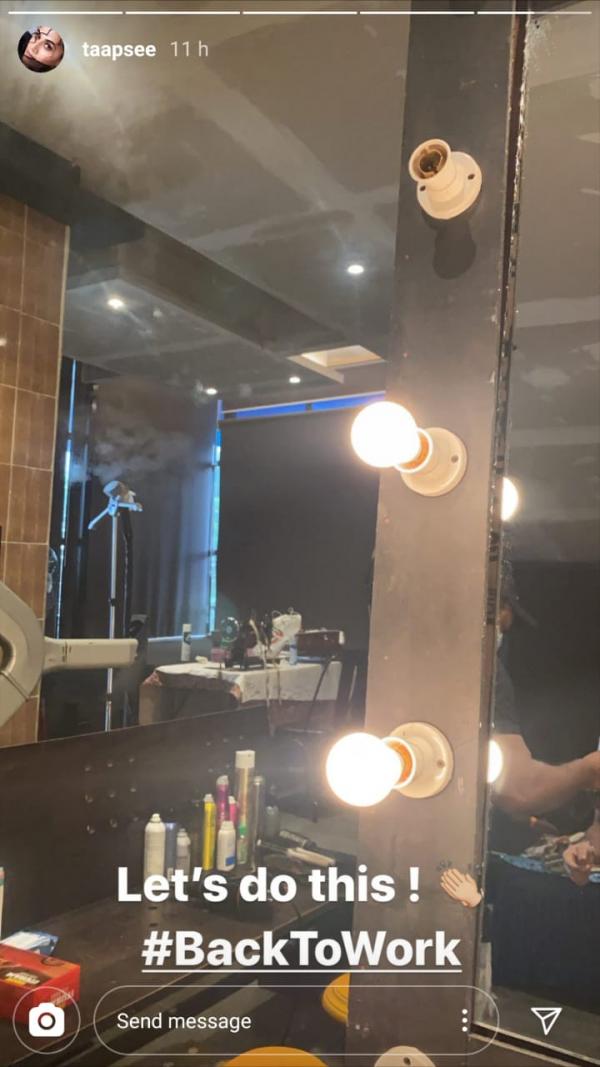 Taapsee will be starred in the next projects Haseen Dillruba, Rashmi Rocket, and Shabaash Mithu.

The debate on nepotism continues between actresses Kangna Ranaut and Taapsee Pannu as Kangna’s team launches a fresh attack on ‘Pink’ actress.

A twitter user had shared screenshots of news articles and mentioned that Pannu had supported star kids working in the film industry. Pannu had responded to the tweet after which Kangna’s team came forward to bash her.

“Many chaploos (suck-up) outsiders consistently try to derail d movements started by Kangana, dey want to be in movie mafia good books, dey gt movies & awards fr attacking Kangana & dey take part in open harassment f a woman, shame on u @taapsee u reap the fruits of her struggles but gang up on her [sic],” tweeted Team Kangana Ranaut.

A twitter user had shared photos of the news articles with the tweet, “Taapsee was busy attacking Kangana & defending star kids in 2017. Now, she wants to be the messiah for outsiders. Still, she chose to blame audiences and failed to name those who replaced or kicked her out. Guess, it’s easy to call out the government rather than her own industry.”

However, Pannu responded to the tweet, “A couple of things have followed in my life, especially the last few months. Really helped in seeing life in a better light. Brought me a lot of peace n perspective so sharing it.”

Even in the 21st century most people consider age as just a...

Pankaj Tripathi talks about success of Mirzapur ‘I never expected it’

Action series ‘Mirzapur 2’ is gaining success these days and is getting...

Actress Sapna Pabbi has given answers to reports that she is escaping...