Boney Kapoor once asked Arjun to stay away from Malaika

Malaika Arora and Arjun Kapoor remain the talk of the town because of their relationship.

Malaika had decided to part ways with her ex-husband Arbaaz Khan on mutual grounds. However, she was rumored to have been interested in Kapoor even before the separation.

Arjun’s father Boney Kapoor seems unhappy with their relationship. According to sources, he had once asked Kapoor to maintain his distance from Malaika. 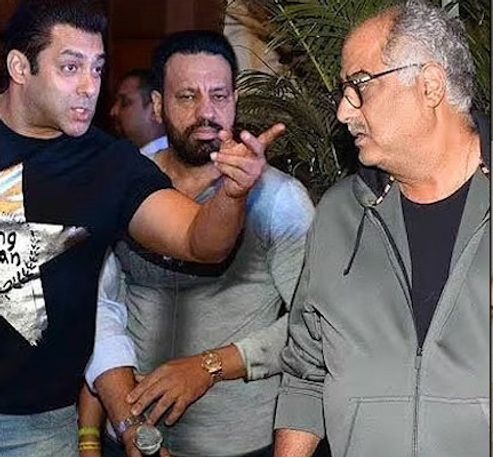 According to the local news sources, Bomey was concerned and he reportedly feared that the relationship may affect his Bollywood career, considering the influence of the Khan Family.

Kareena Kapoor, Malaika Arora, Manish Malhotra, and others have recently gathered at...

Bollywood megastar Sanjay Dutt is currently in Hyderabad for the shoot of...

Fame is acquired at the cost of loss of privacy. Aishwarya Rai...

Gilgit Baltistan Assembly to get new leader of the house today

The election for the new Chief Minister of Gilgit-Baltistan (GB) will be...

Pakistan Democratic Movement (PDM) will be going ahead with a public gathering...