Bollywood’s talented actress Taapsee Pannu never fails to impress her fans with her remarkable acting skills and love for hobbies.

Recently, Taapsee Pannu took to her Instagram handle and expresses her love for bikes. Posting a photo with the bike, the actress claimed it captured right before she was fined for not wearing a helmet while riding. 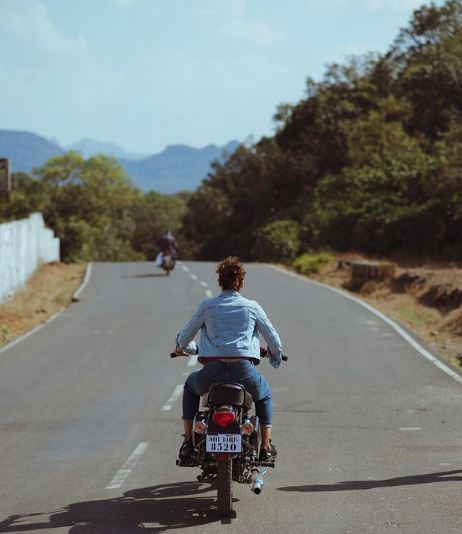 “Just before I was fined for no helmet,” she wrote as caption, with the tags #BikeLove, #RashmiRocket, and #ShootThrills.

Several B-Town celebs gushed over the bike lover and commented on the post.

On the other hand, the Thappad starlet will star in ‘Rashmi Rocket’ which revolves around a story of a girl Rashmi and her journey from a tiny village to athletic contests.

Directed by Akarsh Khurana and co-produced by Ronnie Screwvala, Neha Anand, and Pranjal Khandhdiya, the sports-drama will hit the screen sometime in 2021.

The film casts her as a runner from the Rann of Kutch who fights for her identity and becomes an athlete. Actor Priyanshu Painyuli will star as Taapsee’s husband.

Bollywood diva Taapsee Pannu once again speaks over the death of Sushant...

Anil Kapoor does not have COVID-19

After reports claimed that Bollywood actor Anil Kapoor had been tested positive...

Ranveer Singh has often been trolled for his fashion sense and looks....

“I’m sure mom will be very proud”, Says Preity Zinta

The B-town actress Preity Zinta has found out exactly what to do...

Kangana Ranaut once again fell into a controversy as she claimed that...

YouTube today announced it’s launching a new feature that will push commenters to...

National Aeronautics and Space Administration (NASA) has selected the winning candidates that they...