Legendary actress Dimple Kapadia has appeared in the international movie ‘Tenet’. She receives appreciation from Indian artists, including Hrithik Roshan.

Bollywood star Hrithik Roshan took to Instagram and shared a photo of Dimple and lead actor John David Washington. In the caption, he appreciated the talented actress for working at an international forum.

“Hers is unmistakably one of the best performances by an Indian actor in an international film. Just brilliant!!!! The charm, the power, the poise, the seductive eyes, Dimple aunty you are something else! Go see Tenet for HER.” 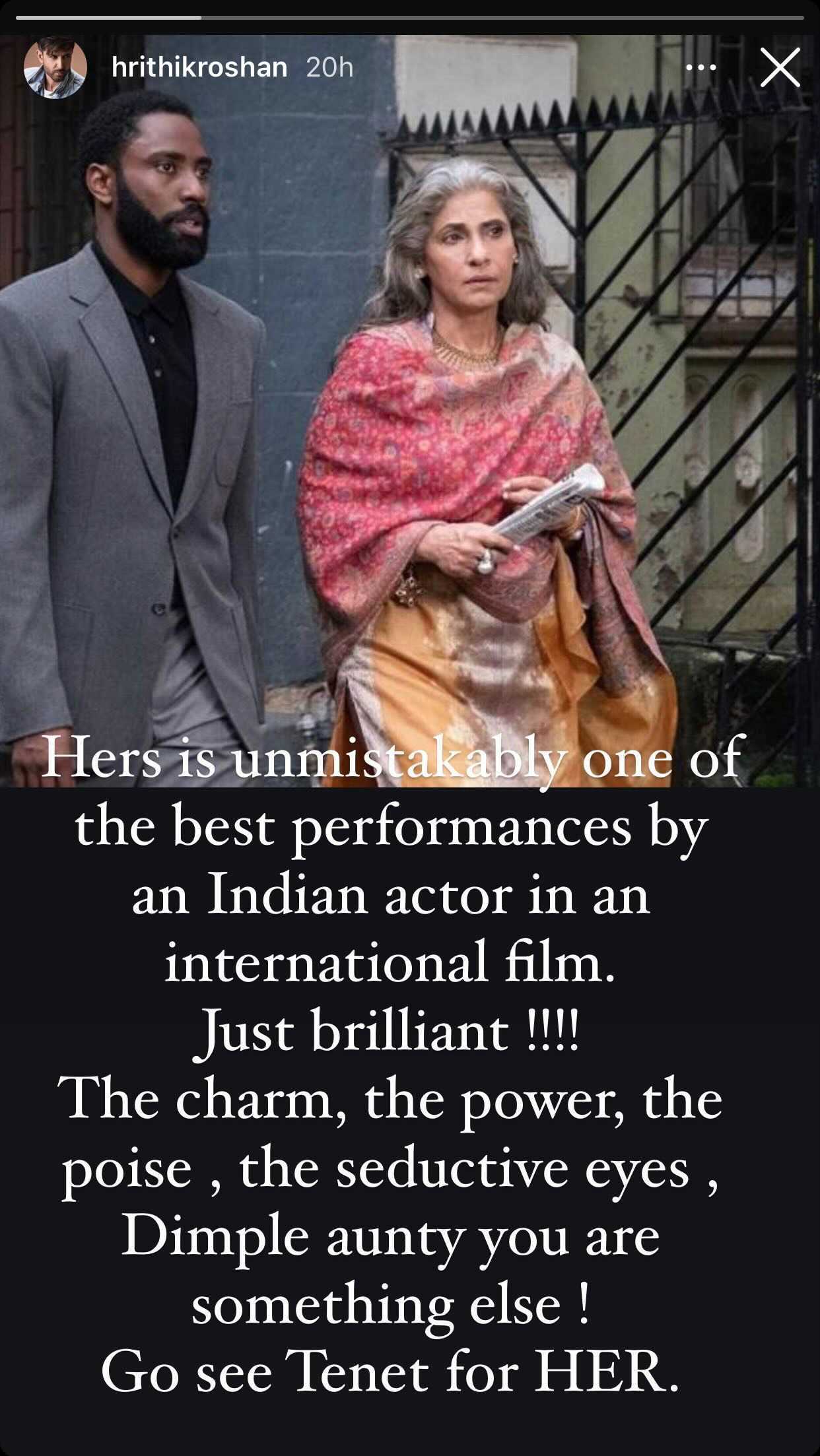 The spy thriller “Tenet”, based on the struggle of a CIA spy to stop World War III, was eventually released in the United States.

Tenet became the first major film to be released in August last month, despite the Coronavirus Pandemic the movie released in other parts of the world, including Europe and Asia.

Karachi Kings won the toss and elected to bat first against Quetta...