On Wednesday, Indian actor VJ Chitra was found dead in a hotel room in Tamil Nadu.

According to the reports, the TV actor was reportedly found dead in her hotel room’s bathroom in Nazarethpettai.

The reports further revealed that VJ Chitra had returned at 2:30 am to her room following a shoot at EVP Film City and was accompanied by her fiance Hemanth, with whom she was staying.

In his statement to the police, Hemanth claimed that after the 28-year-old actor returned from the shoot, she had told him that she was going for a bath, after being away for a long time, Hemanth got concerned and called the hotel staff.

After the staff unlocked the bathroom with the duplicate key, Chitra was found dead. As of yet, Chitra’s family has not issued any official statement regarding the actor’s death.

Chitra uploaded her last Instagram post almost 18 hours ago, her fellow colleagues, fans, and netizens are still in shock. 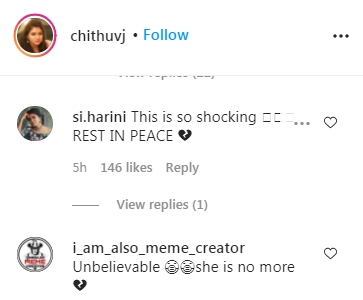 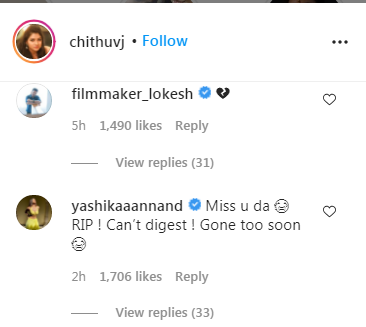