Ranveer, Akshay, and Ajay invites fans to see Sooryavanshi in theatres on November 5

Ranbir and Aishwarya first worked together 21 years ago in the movie ‘Aa Ab Laut Chalen’ which was Rishi Kapoor’s first directorial debut. Ranbir Kapoor who was just 15 years old at that time was an assistant director in that movie.

The two became friends on the movie sets and Ranbir even became a painter for Aish. A picture was posted by Ranbir’s mother Neetu Kapoor on her Instagram account where a young Ranbir is seen sketching a portrait of Aishwarya on the sets of the film shot in 1999.

Neetu even captioned the pic, “The great Artist at work”. 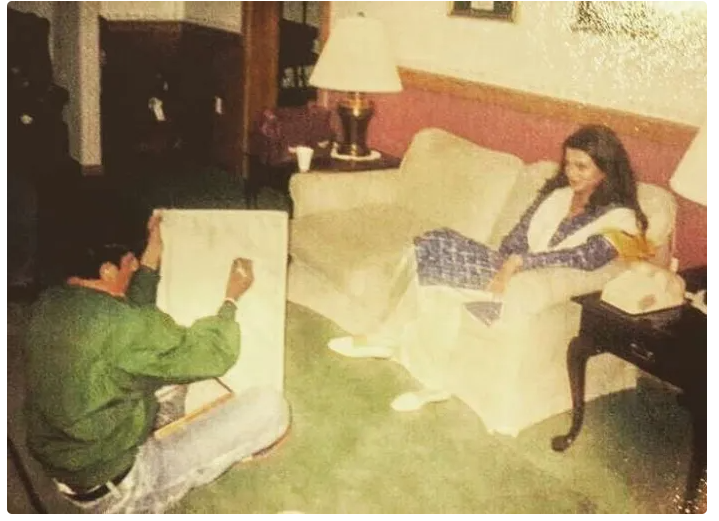 Back in 2016 when mesmerising beauty Aishwarya Rai Bachchan teamed up with Ranbir Kapoor for Karan Johar’s romantic film ‘Ae Dil Hai Mushkil’. The duo had become the talk of the town due to their impeccable chemistry on the silver screen.

Hot and steamy! Here’s a picture of #RanbirKapoor and #AishwaryaRaiBachchan from their #Filmfare photoshoot. pic.twitter.com/FSVce5kGR4

While Aishwarya is now all set to team up with Mani Ratnam for ‘Ponniyin Selvan’ once things go back to normal, Ranbir, on the other hand, will soon be seen with his girlfriend Alia Bhatt on the silver screen in Ayan Mukerji’s ‘Brahmastra’. Not only that but the talented actor has many other interesting projects also lined up.

Ranbir Kapoor had recently acknowledged his relationship with Alia Bhatt and said that he would...

Indian actress Kareena Kapoor is poised to collaborate with Prabhas for her...