Shilpa Shetty was captured wearing a baggy hoodie which showed off her long legs as she was captured stepping out for a dinner date with husband, Raj Kundra.

Shilpa Shetty has left her fans deprived of the striking outfits she pairs up. The actress was busy with her motherly duties, welcoming her second child, Samisha.

However, Shilpa treated fans by making up for the lost trendy looks. She was spotted donned in a stylish outfit as she made a statement.

On date night with her husband, the actress stole the show as she looked stunning wearing an oversized black hoodie with no pants. The hoodie flaunted the star’s long toned legs as it doubled up as a mini dress. She paired her look with ankle-high socked Louis Vuitton boots. 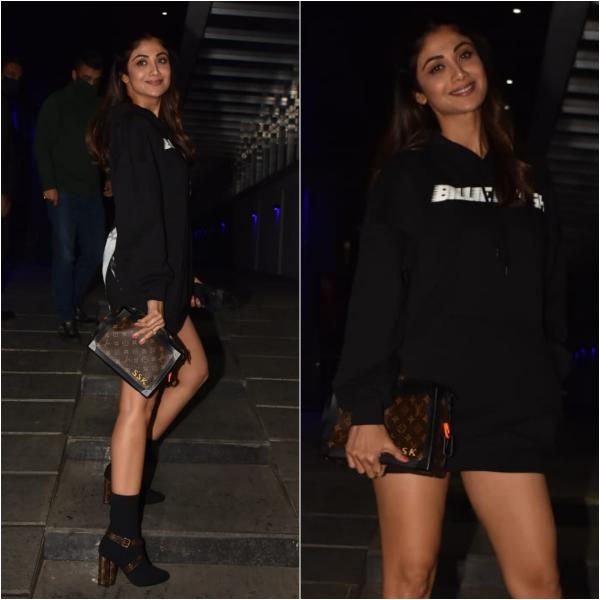 In addition to her look, Shilpa wore an expensive bag as an arm candy which was made by the same grandeur brand. The LV embossed clutch had her initials ‘SSK’ customized on it.

Half of her hair was tied up in a pony while the rest of it was flowing down in soft curls. Her makeup was of a neutral tone which went with her whole look.

No pain, no gain! Shilpa Shetty shares her fitness video

Bollywood actress Shilpa Shetty is well-known for her flawless body and fitness...

The Moroccan dancer Nora Fatehi is very famous for her dance moves....

Rakhi Sawant is still living the Bigg Boss life even after the...

A recent photo of Indian actress Kareena Kapoor and the Pataudi family's...