Fans distressed after seeing pictures of Kapil Sharma on a wheelchair

After pictures and videos of Indian comedian, host and actor Kapil Sharma traveling in a wheelchair surfaced, his fans got worried and started praying for his recovery.

Kapil Sharma welcomed his second child on 1st February this month, after which it was thought that the actor would resume his TV show.

But on February 23, after seeing photos and videos of him in a wheelchair, his fans were disappointed and prayed for his speedy recovery. 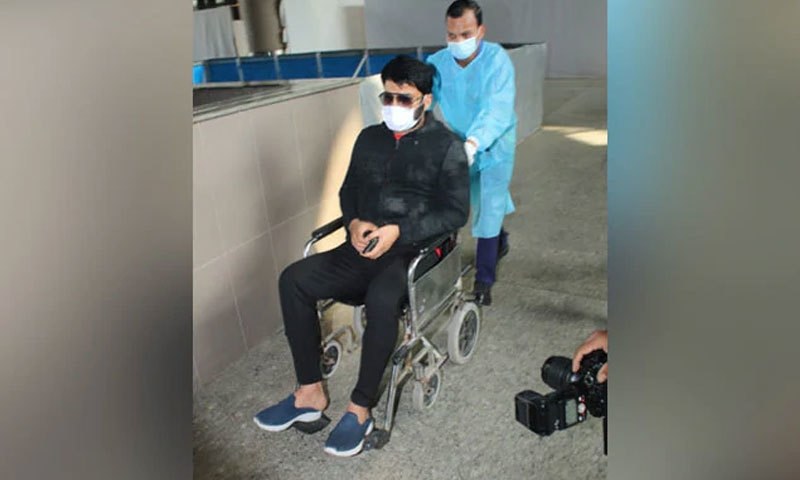 According to New Delhi Television (NDTV), on February 23, after photos and videos of Kapil Sharma traveling in a wheelchair surfaced, his fans became anxious and prayer for his recovery.

According to Hindustan Times, after seeing Kapil Sharma in a wheelchair, photographers and cameramen also made videos and pictures of him. The actor also expressed his anger towards the people who made the pictures and videos.

In the viral videos, Kapil Sharma can be seen sitting in a wheelchair and talking harshly to the people who made the videos and photos. Members of Kapil Sharma’s team can be seen requesting photographers and cameramen that the videos be deleted.

A member of Kapil Sharma’s team can be seen talking to photographers and cameramen about how bad it would be to make videos of one’s family in a wheelchair.

Regarding the virality of photos and videos of the comedian in a wheelchair, sources reported that the actor had suffered minor injuries during exercise.

According to reports, Kapil Sharma confirmed that he had minor injuries during the workout but he is continuously improving now.

Kapil Sharma and wife Ginni blessed with a baby boy