Many Bollywood and Indian TV actors have committed suicide due to depression, financial instability, or any other personal issues.

Earlier in June 2020, Sushant Singh Rajput’s body was found at his home last year and police declared it a suicide.

Now, another artist who worked with the late actor in Shashant’s hit film ‘Dhoni’ has also allegedly ended his life.

According to Indian media reports, the body of actor Sandeep Nahar was found at his house in Mumbai. He was found hanging in a room after which he was shifted to the hospital but doctors declared Sandeep dead. 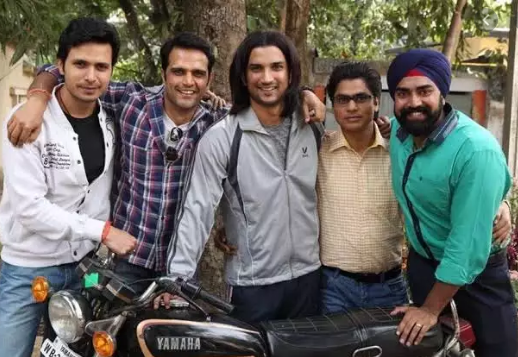 Police have registered a case and started investigation from various angles. However, it is said that Sandeep committed suicide as he had been suffering from mental stress for a long time.

Before his death, Sandeep also posted a video on Facebook which he termed as ‘Suicide Note’.

In the video, Sandeep mentioned issues related to his profession, complexities of marital life, and other issues and finally said that his wife should not be held responsible for any of his actions.

Bollywood actor Janhvi Kapoor is oozing her sizzling looks in the bridal...

Bollywood star Salman Khan was very impressed with the commercial video of...

Katrina Kaif shows her silly side in a hoodie, see photos

Katrina Kaif is an Indian actress. She was born on 16th July...