There is nothing hidden about Ranveer Singh‘s obsession with Nutella. He loves the chocolate spread more than anything else in this world.

The Band Baja Baraat actor has often seen endorsing the brand. Recently he shared a video on Instagram announcing a contest for the fans who can get a customized Nutella jar. Apart from fans, American singer and Priyanka Chopra’s husband Nick Jonas felt excited about the contest.

I’m gonna enter. I’m hoping I get one of those custom RANVEER jars.” He further added, “So what are the prizes?!”

Ranveer did not let his jiju aka brother-in-law Nick Jonas disappoint and gets a special gift just made for him. The Padmavat actor customized Nick Jonas Nutella and would be soon sending it to him to Los Angeles. 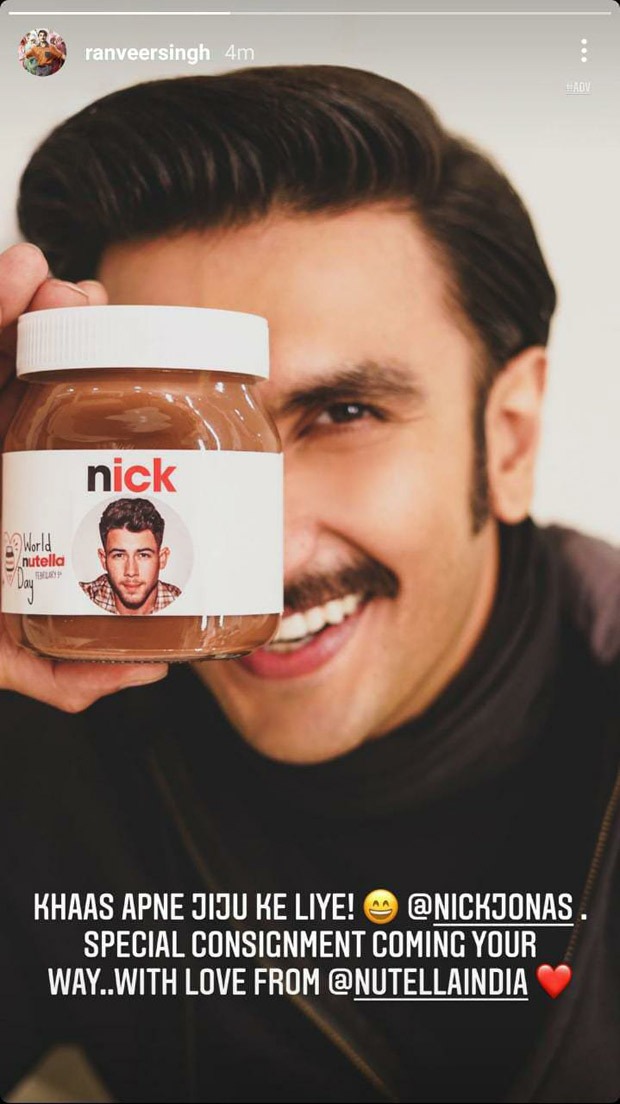 The 28 year old singer, Nick shared a video of himself doing a workout on which Ranveer Singh, who too is a fitness enthusiast, wrote in the comment section that ‘O Ho Jiju! Dolle-Sholle’.

Ranveer Singh is a fan of Nick Jonas’ ‘dole shole’