Bollywood dimple girl Preity Zinta told her fans on her 46th birthday that she had adopted 34 daughters in 2009, 13 years ago.

According to Indian media reports, actress Preity Zinta, who made her Bollywood debut in the movie ‘Dil Se’ with Bollywood’s King Shah Rukh Khan, was born on January 31, 1975 in Shimla, Himachal Pradesh.

Preity’s childhood was full of difficulties but by fighting these difficulties she made a special place for herself.

Preity Zinta, the most popular actress of the 90s, celebrated her 46th birthday two days ago. She shared a few things regarding her personal life for the first time and told fans that her parents passed away when she was just 15 years old.

After her parents were no more, Preity Zinta realized that it was very difficult for her to live alone so she decided to adopt 34 daughters.

She then decided to pave her own way and after the death of her parents she became stronger instead of weaker. She has always been very simple in her private life.

The Bollywood dimple girl adopted 34 orphaned girls from the Mother Miracle orphanage in Rishikesh 13 years ago in 2009. She bears the full cost of the girls herself and visits them twice a year.

Preity Zinta was married in 2016 to her foreign beau, Gene Goodenough. 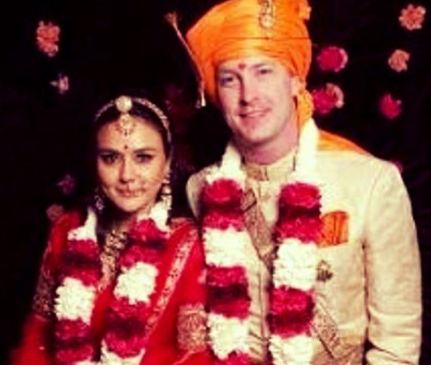 Preity Zinta discloses why she has not been working in films

Bollywood actress Preity Zinta moved to the US after her marriage and...