The Kapil Sharma Show to make a comeback in May

After the world of comedy, the Indian stand-up comedian, King Kapil Sharma has also proven to be a hit on social media.

Kapil Sharma, who has won millions of hearts with his stand-up comedy, has 18 million followers on his micro-blogging site Twitter. 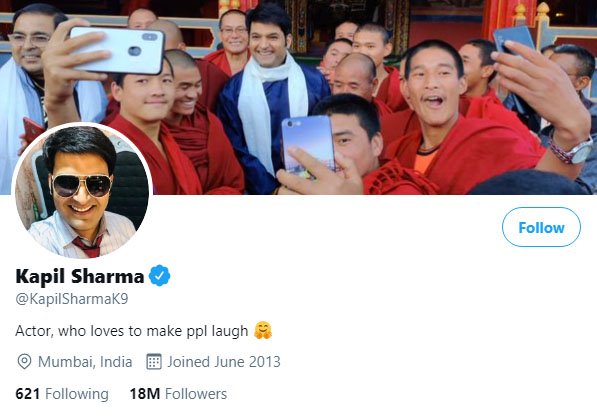 The Indian comedian star is often seen tweeting about his show ‘The Kapil Sharma Show’ on his account and also keeps in touch with his fans through various messages regarding the show.

Kapil Sharma is popular not only in India but also across the border, in Pakistan.

The popular Indian show ‘The Kapil Sharma Show’, which was shut down earlier due to financial difficulties owing to coronavirus, is making a comeback with a new style from May.

The Kapil Sharma show also faced major financial difficulties due to the lockdown caused by the global epidemic coronavirus in India in January and the show management decided to close the show in February.

Should Kapil Sharma re-script his show?

Bollywood Diva Kangana Ranaut shared a message on her Twitter handle on...

After Karan Johar decided to remove Kartik Aaryan as the main lead...

Do you know Abhishek Bachchan had to quit college to financially help Amitabh Bachchan?

Abhishek Bachchan, son of the legendary actor Amitabh Bachchan has revealed the...