Recently, Kareena Kapoor has given birth to her second and now the actress is trying to return to the industry once again.

According to reports, Kareena Kapoor has started exercising to lose weight as she jogged early in the morning. 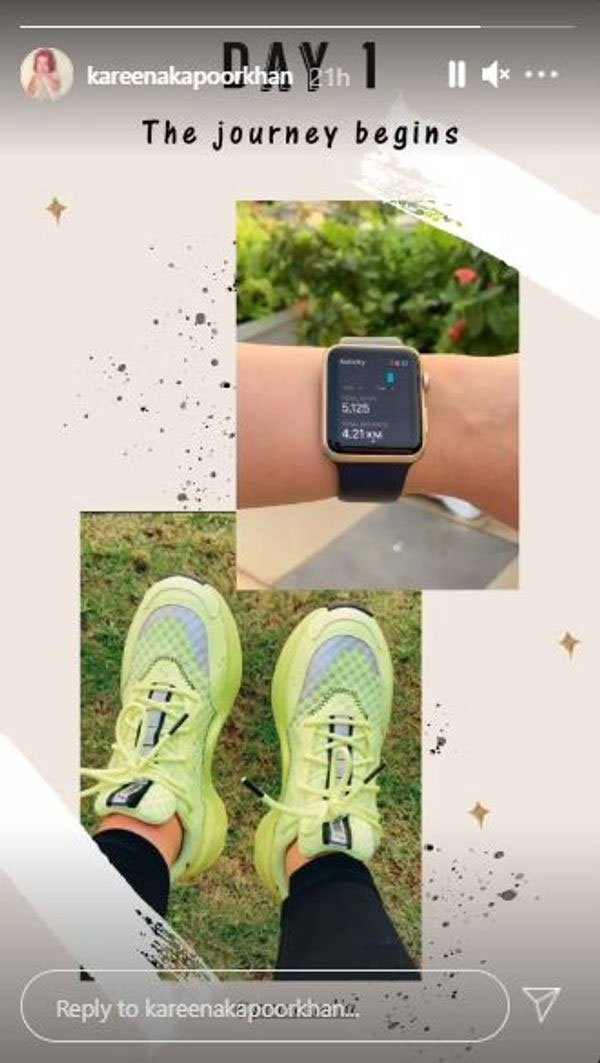 The actress shared a story on her Instagram in which she showed her smartwatch and shoes. As per the smartwatch, Bebo walked 5125 steps and covered a distance of more than 4 km.

Kareena Kapoor had earlier shared her latest photo on her Instagram account in which she was looking at her younger son.

Salman Khan has reportedly refused to take any salary for his performance...

Bollywood legend Amitabh Bachchan is reviving the memories from his first live...

The family of famous Bollywood star Rahul Roy of the 1990s have...

Things change quite drastically after the birth of a child, Virat Kohli

Abhishek disclosed how Rishi Kapoor kept an eye on his son

What does Kareena Kapoor take to bed with her?

Soon after welcoming her second child, Kareena Kapoor Khan was back on...

Prime Minister Imran Khan has reshuffled the federal cabinet once again. According...