Bollywood’s power couple Kareena Kapoor and Saif Ali Khan, who had welcomed their second baby boy on February 21, had been shielding their second son from the media flash but Randhir Kapoor accidentally shared his glimpse publicly.

Randhir Kapoor had accidentally posted the first picture of Kareena and Saif’s second son on Instagram as he uploaded a collage of two pictures of his grandsons. 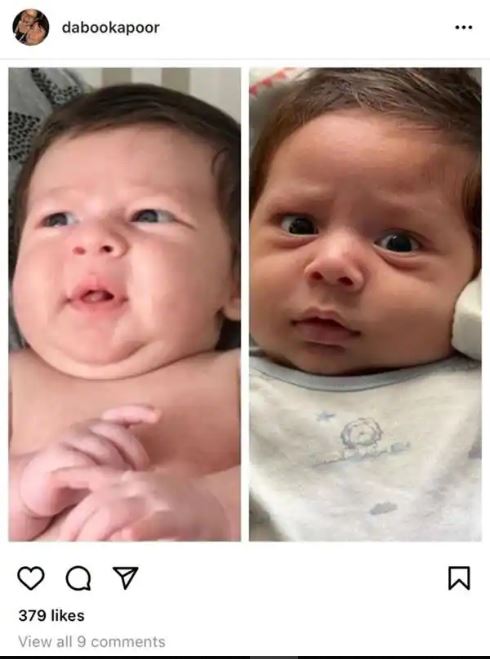 Kareena Kapoor reveals the first glimpse of her second born

Social media users, fan pages and paparazzi were quick to share the screenshot of Randhir’s post and it brought storm online as fans were desperately waiting to see Bebo’s second son.

Earlier, Kareena had shared an image of her newborn on Instagram without showing his face.

The baby is yet to be named. Moreover, the parents had earlier revealed to that the couple has decided to keep it all low key to avoid gatherings amidst the ongoing pandemic situation.

The Talash starlet was admitted to Breach Candy Hospital and had delivered the baby on February 21.

The couple had announced her pregnancy in August, saying, “We are very pleased to announce that we are expecting an addition to our family!! Thank you to all our well-wishers for all their love and support. — Saif and Kareena.”

“Coronavirus is killing humans but healing all else”, Kangana Ranaut

The new wave of coronavirus is becoming more dangerous in India, as...