Was the deleted photo of Kareena Kapoor’s youngest son?

Was the deleted photo of Kareena Kapoor’s youngest son?

Randhir Raj Kapoor, father of Bollywood actress Kareena Kapoor, shared a photo on social media and deleted it. The picture was apparently of Kareena’s second son.

Randhir Kapoor shared two photos on his social media account. In the collage, one picture was of Kareena’s eldest son Taimur and the child in the other picture also looked like Taimur.

After seeing the picture, fans started thinking that the second child is Kareena Kapoor’s youngest son. However, Randhir Kapoor deleted the photo shortly after. 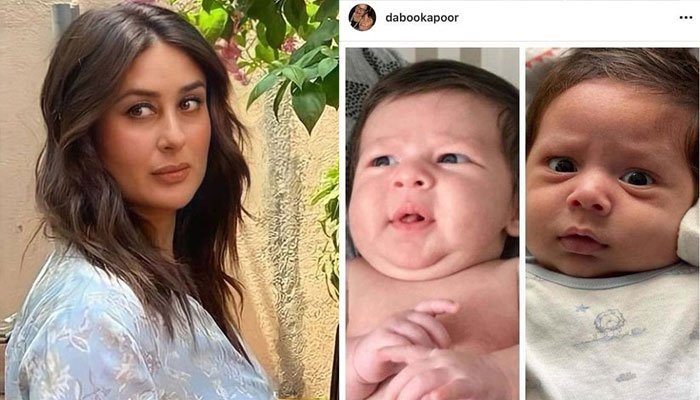 Randhir Kapoor had said in an interview some time back that Kareena’s younger son looks exactly like his elder brother Taimur.

Bollywood stars Kareena Kapoor Khan and Saif Ali Khan welcomed their second child in February this year but both have yet to reveal the name of their youngest son. Although Kareena shared a photo with her second son on International Women’s Day, she did not show his face in the photo.

Summaiya Rizwan recently shared some amazing pictures with her fans and followers...

Netizens are outraged after Aurat March Faisalabad was canceled by authorities, especially...

In an unexpected turn of events, Asim Saleem Bajwa on Tuesday tendered...

ISLAMABAD: Pakistan would welcome the knowledge of the World Bank team to...