Anupam Kher completed his 37 years in the industry as he recalling the memories of his journey in Bollywood, he posted a video on Instagram for his fans.

The star’s work was recognized not only in Bollywood but also in Hollywood. Throughout his three-decade career, the senior actor has entertained audiences with his comedic roles. 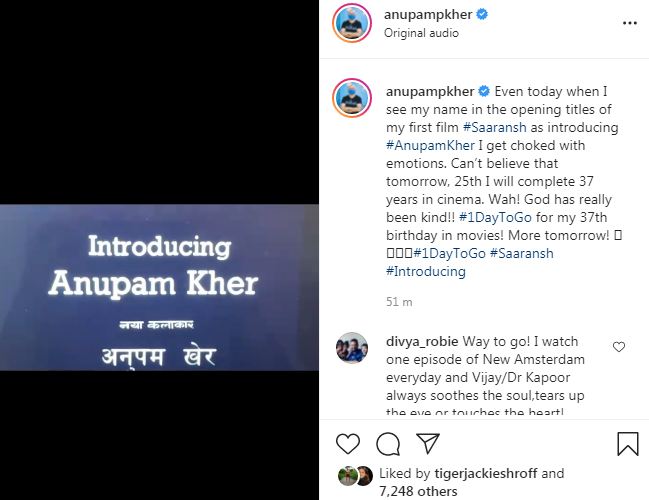 Anupam Kher is celebrating his 37th year in the acting business today. The actor shared the opening credits of his debut film Saaransh on his Instagram account. He expressed his gratitude for the opportunity to be a part of the industry

Anupam Kher made a remarkable place in the Hindi film industry and appeared in over 500 films predominantly in the Hindi language, and many other languages too. He is a recipient of two National Film Awards and eight Filmfare Awards. Kher had recently also won the Best Actor award at the New York City International Film Festival for his short film titled ‘Happy Birthday’, adding a feather to his cap.