Ayushmann Khurrana gets emotional by remembering the old days

Ayushmann Khurrana gets emotional by remembering the old days

Bollywood actor and singer Ayushmann Khurrana says that performing on stage again might make him cry.

Ayushmann shared a viral video on an Instagram story in which the actor is standing on the stage in front of a large crowd of fans and singing the song ‘Pani Da Rang‘ from his debut film ‘Vicky Donor‘.

The video is of a concert that was shared by his fan, with the caption saying, “Imagine standing there, waving and singing Pani da rang with him”

Take a look at the video:

The actor and singer shared the post in an Instagram story and wrote in an optimistic tone, “Do we see the light at the end of the tunnel?”

“Whenever I’ll get to do this again, I will probably cry,” he said emotionally. 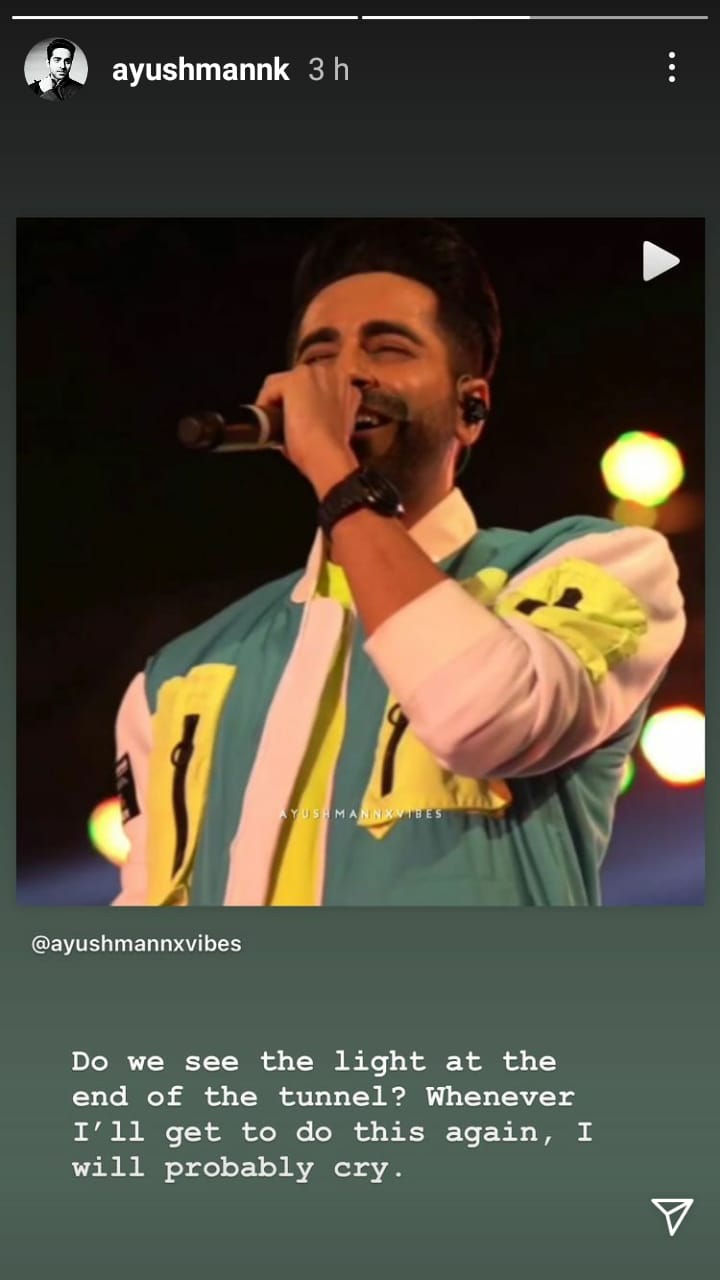 It is to be noted that Ayushmann Khurrana started his career as a TV anchor and later he started singing and acting in films due to which he got immense acclaim.