Bollywood celebrities always have a close bond with their social media fans and followers. Some of them have received marriage proposals on social media websites from their fans and their epic replies made the stories memorable.

Take a look at celebrities who have received interesting marriage proposals on social media.

Gauri Khan had posted a birthday note for her daughter Suhana Khan on Twitter and a user commented on her post with a wedding proposal and details of his salary. 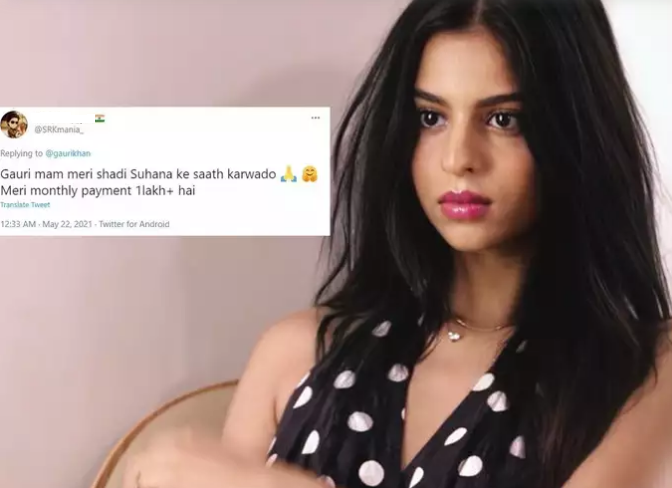 Bhumi Pednekar had also received an interesting marriage proposal on Twitter from one of her fans.

Expressing his love for the actress, a user wrote, “Hi beautiful mam, I can’t stay a single day without looking at your pic. You are so pretty, I wish you were a normal girl. Now you are a big celebrity. Kitna v pyar Kar lu Lekin Koi chance hi Nahi hain ki ap Koi non-celebrity se shadi Karo. Dukh hota hai.”

Crushing his dreams of marrying her but promising to continue entertaining on the big screen, Bhumi replied, “Celebrity or no celebrity shaadi ke chances abhi kam hi hai…but I won’t let you miss me..will keep coming to the big screen as often as possible”. 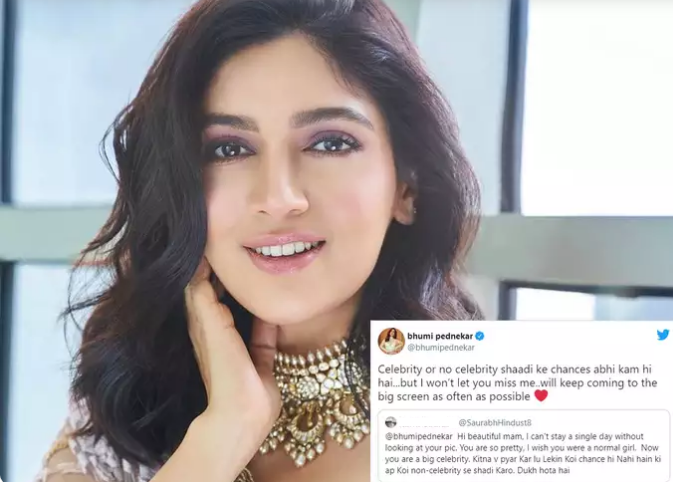 Nushrat Bharucha hosted a fun interactive session with her fans on her birthday in 2020.

As part of her #AskNushrat session, a man ended up proposing to the actress.

A fan wrote on social media, “#Asknushrat Look at my DP. Will you consider marrying me?”

Jokingly, Nushrratt replied, “I’m glad my mother is not on this Twitter chat.” 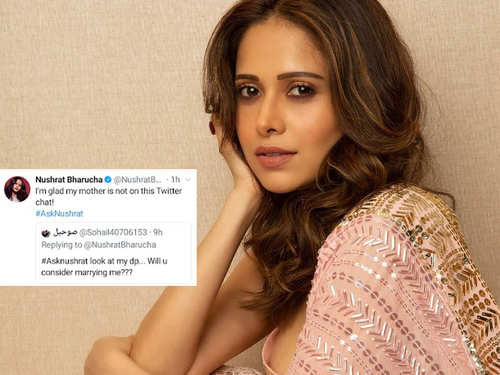 Raveena Tandon had an epic response to a social media user who asked her to marry him.

When a Twitter user asked the ‘Mohra’ actress, “Would you marry with me”, Raveena sportingly replied, “Sorry yaar, you are 13 years late in asking.” 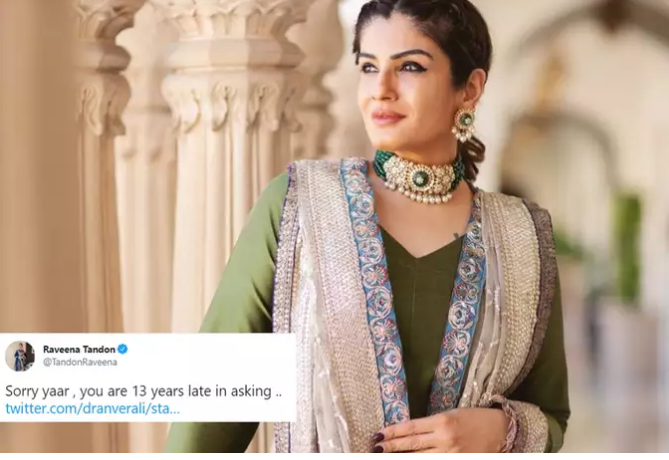 PHOTOS: Janhvi Kapoor spotted wearing sports bra and pair of shorts as she steps out of gym