The Bollywood superstar Salman Khan has issued a strong warning for the pirated sites after his movie Radhe: Your Most Wanted Bhai leaked online, saying Cyber Cell is taking action against all these involved in the crime.

Expressing his disappointment, Khan shared a note on his social media accounts late Saturday night and said watching a film on a pirated site was a ‘serious crime’. 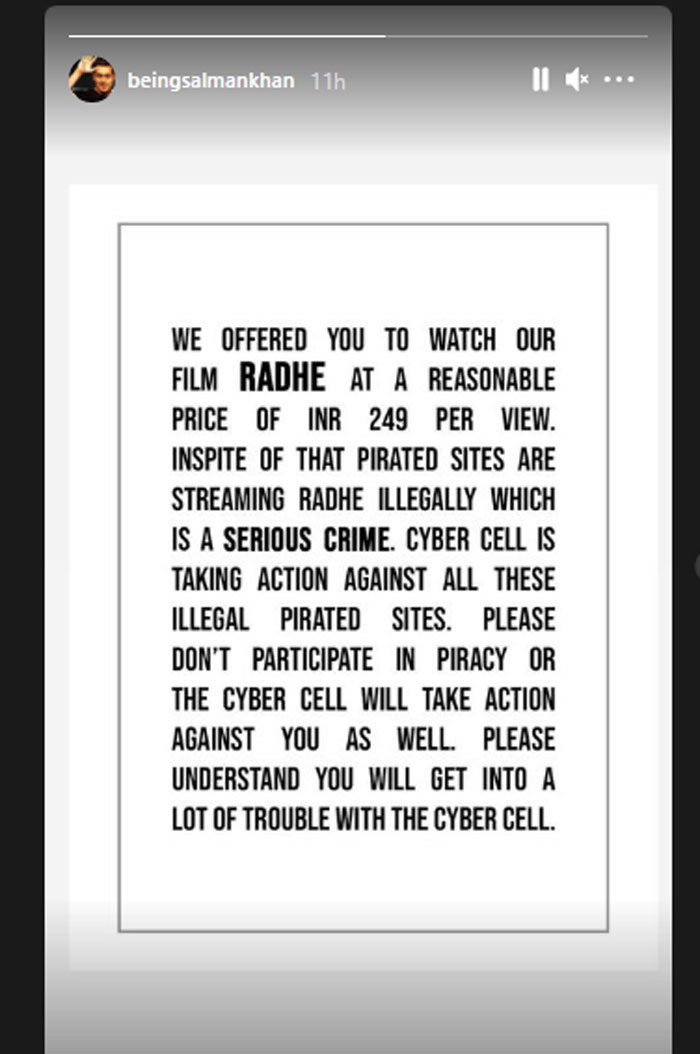 The 55-year-old star said, “We offered you to watch our film Radhe at a reasonable price of INR 249 Per View. Inspite of that Pirated sites are streaming Radhe illegally which is a serious crime. Cyber Cell is taking action against all these illegal pirated sites.”

He further said, “Please don’t participate in piracy or the Cyber Cell will take action against you as well.”

Khan added, “Please understand you will get into a lot of trouble with the Cyber cell.”