Fans have been eagerly waiting for Kriti Sanon’s Mimi to release on Netflix on July 30. However, after the film was leaked online, the makers as well as the streaming platform decide to release it before its scheduled date.

The film follows the story of Mimi as she chooses to become a surrogate for a couple who cannot have a child on their own. But things take a turn leaving Mimi with more than she expected.

The film revolves around Sanon’s Mimi who decides to become a surrogate mother and bear the child of an American couple after being convinced by Tripathi’s Bhanu. She needed the money to fund her Bollywood aspiration and it looked like the perfect coup. And it was until the foreigners changed their minds and returned. It is then when Mimi is faced with questions of morality. It is also then when the film rises above mediocre humor to become something more. When it packs drama by highlighting the ills of growing surrogacy practices in India. While it doesn’t get into the gritty details of the same, the Laxman Utekar directorial fares well thanks to the engaging narrative. That and the solid performances by the ever-dependable Tripathi, Sanon who has arguably delivered the best performance of her career so far, and the entire cast including Sai Tamhankar, Manoj Pahwa, and Supriya Pathak. While one necessarily doesn’t subscribe to the worldview of the characters, it was easy to believe and be happy for them. But is it worth the watch?

They induce entertaining moments while taking you through an emotional journey. In fact, in the first half, the makers create a mirage by weaving in emotional scenes with sporadic lighter moments; leading one to misjudge that this must be the treatment throughout the script’s flow. However, in the second half the director uses a sleight of hand and catches the audience off-guard with tighter control on the flow without being overdramatic. 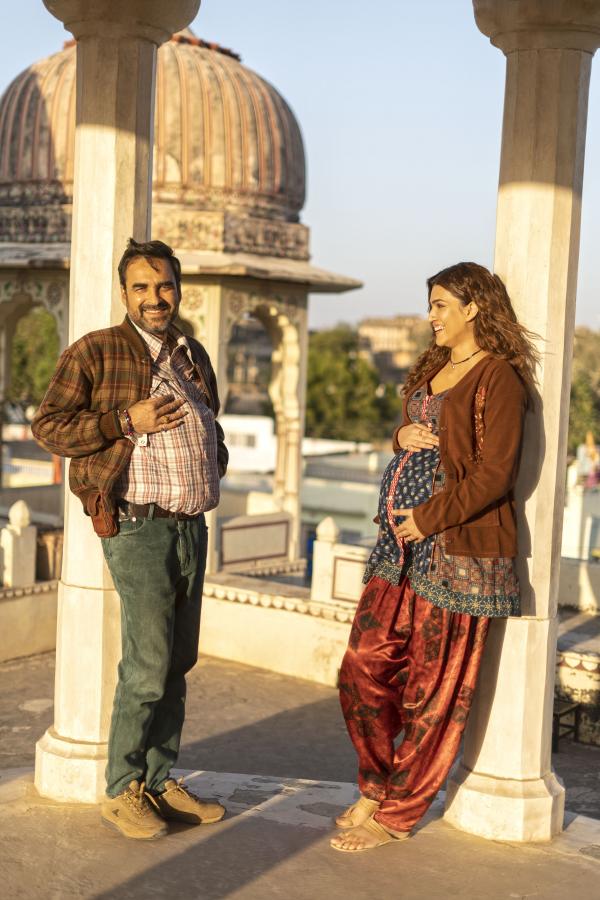 As soon as Mimi was released, netizens jumped on social media, despite it being a Monday, and binged the film. It has since been receiving rave reviews on Twitter with many even claiming it to be Kriti’s career-best performance

@kritisanon gave a performance that not many of the so called eye candy and glamorous actress of this modern bollywood cinema can give. Best bollywood film that has come in the OTT platform #mimireview #MimiStreamingNow#happybirthdaykritisanon pic.twitter.com/RtnmN5TNNv

A beautiful movie bringing into light a sensitive topic like ‘Surrogacy.’ @kritisanon delivers her career best and the legend @TripathiiPankaj right there at the top like always. Gone are those days when he was just a supporting actor, he’s here to takeover!#Mimi #MimiReview pic.twitter.com/R9gWhow0JR

The script and dialogue are rooted in the values of Indian culture. There are moments in the film where Laxman has preferred the supporting cast to change the gravity of the scene. For instance, when Supriya Pathak questions her daughter that you are both Yashodha and Devaki of this child, then how can the American be the mother? It depicts the root of the dilemma.

Overall, Mimi is one of those mid-budget films that rides high on content and performance to build relationships with the audience.