Veena Malik, the diva of Lollywood, appears to be the center of controversy. As she continues to break stereotypes, the 37-year-old is yet again in the news, this time for allegations of face and lip surgeries.

Malik’s face has been changed to make her look more appealing and younger, according to rumors.

On her Instagram account, Veena shared a series of photos in which her face appears to have transformed slightly.

Fans were quick to notice the difference, and she received a lot of hate as a result.

Even though it is indeed questionable whether Veena seemed to have her face changed or if it is just makeup, the internet trolls were quick to mock her. 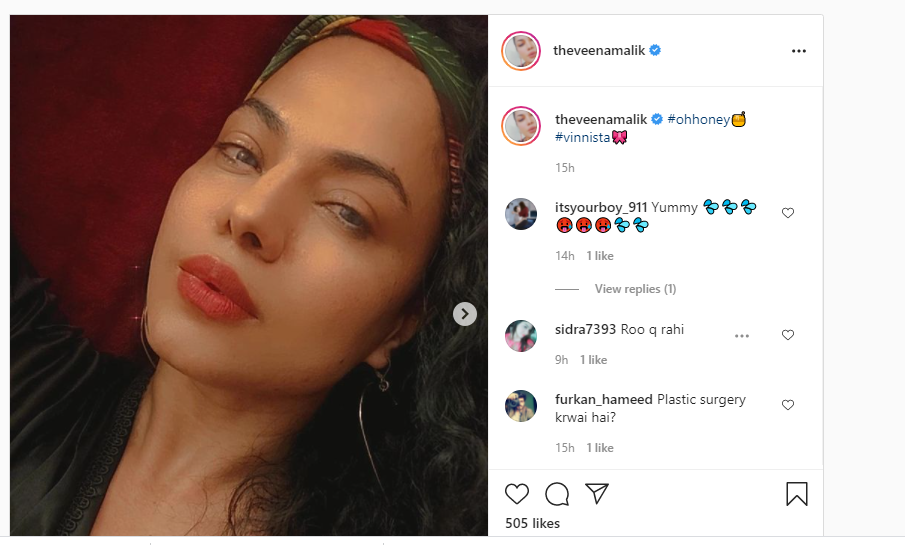 Malik had already launched a discrimination lawsuit against her ex-husband Asad Khattak, demanding Rs1 billion in economic damage for allegedly conducting a smear campaign’ against her.

Veena and Asad Khattak married at a Uae court in December 2013. Abram Khan Khattak and his daughter Amal Asad Khan Khattak are their two children.