Kamal R Khan is often in the news for his controversial statements. Recently, film critics had negatively commented on actor Salman Khan’s film ‘Radhe’, but this time Kamal Khan has revealed that actress Kangana Ranaut has fallen in love with a Muslim boy. 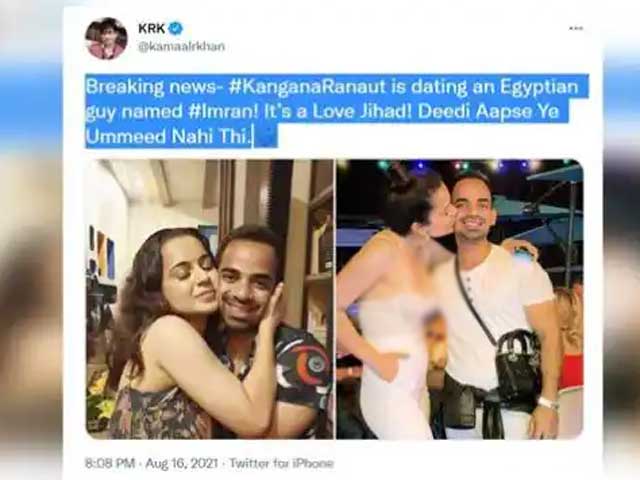 On Twitter, self-made film critics are quite active. Yesterday, he shared photos of Kangana Ranaut with a boy while tweeting that ‘Kangana Ranaut is dating an Egyptian boy named Imran. This is love jihad. Did not expect this from you.’

Kamal Khan deleted his tweet a few hours later, but Twitter users saved a screenshot. So far no statement has come out from the actress on Kamal Khan’s tweet.

It may be recalled that Kangana Ranaut shared her photos on July 28 on her Instagram account with the same boy in which the two were cutting a birthday cake. Kangana Ranaut had mentioned the boy’s name ‘Rizwan’ in an Instagram post.