Sridevi Birthday: 4 times the actress looked every inch of a goddess in stunning sarees

Sridevi Birthday: 4 times the actress looked every inch of a goddess in stunning sarees

Sridevi, one of the versatile and very talented Bollywood actresses, is remembered on her birth anniversary (today).

Having ventured into the world of Indian cinema, Sridevi hasn’t left any stone unturned but with awe-inspiring memories for her fans. To mark her big day here is a reminiscing collection of sarees that she wore and looked absolutely stunning. Her looks often wrapped the regal number for her.

Seen in a blue saree that featured zari Tilla embroidery work, and her blue velvet blouse complemented the other half of her saree’s fabric. Her heavily studded choker and matching earrings gave her entire look a charming touch. 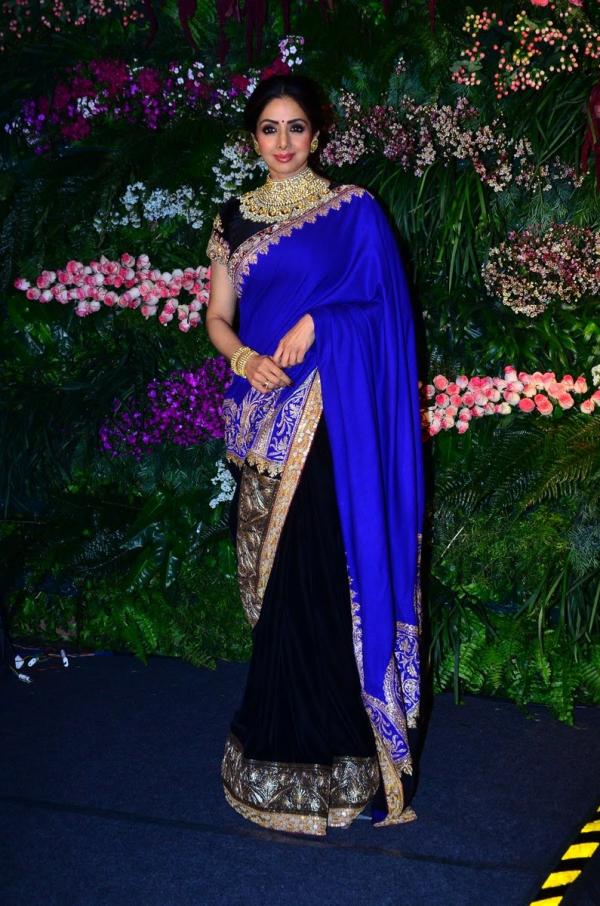 It was when the actress donned her all-time favourite designer saree. The embroidered sleeveless blouse with a sequinned border made the saree a perfect pick for an opulent event. She went subtle on accessories with just tiny hoop earrings and minimal makeup. 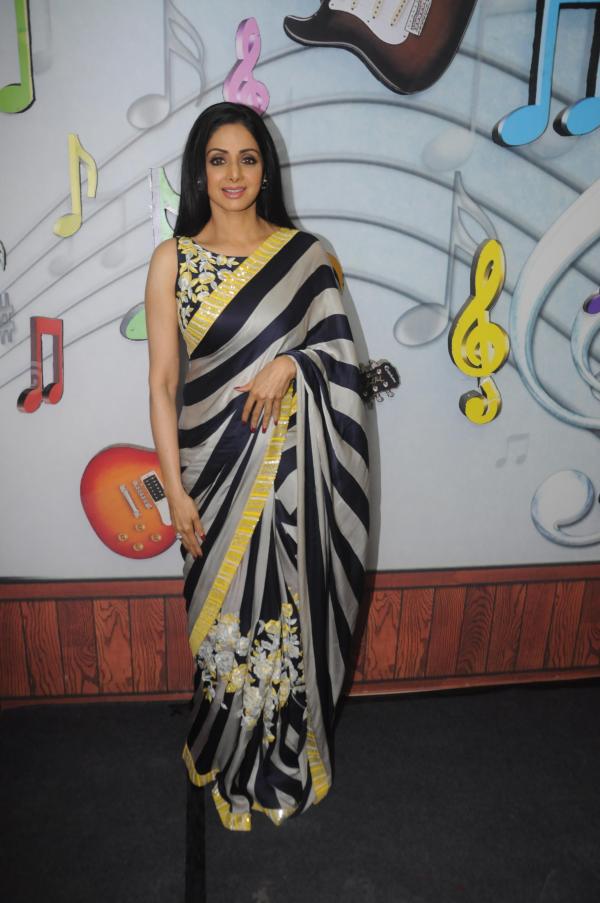 The Mr. India starlet looked every inch of a goddess clad in a satin beige saree. She added a stunning touch to it with her purple brocade close-neck blouse with a choker necklace to complement her timeless beauty. 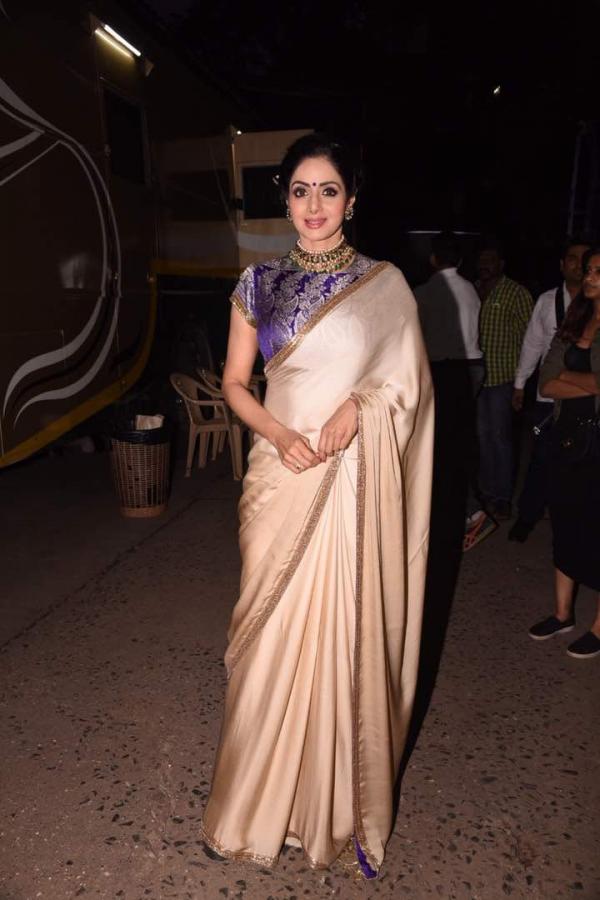 Sridevi looked drop-dead gorgeous wearing the monochrome ivory saree with gold embroidery and the blouse was rounded off with a white Kundan choker, earrings, bracelet, and a clutch to strike a majestic appearance. 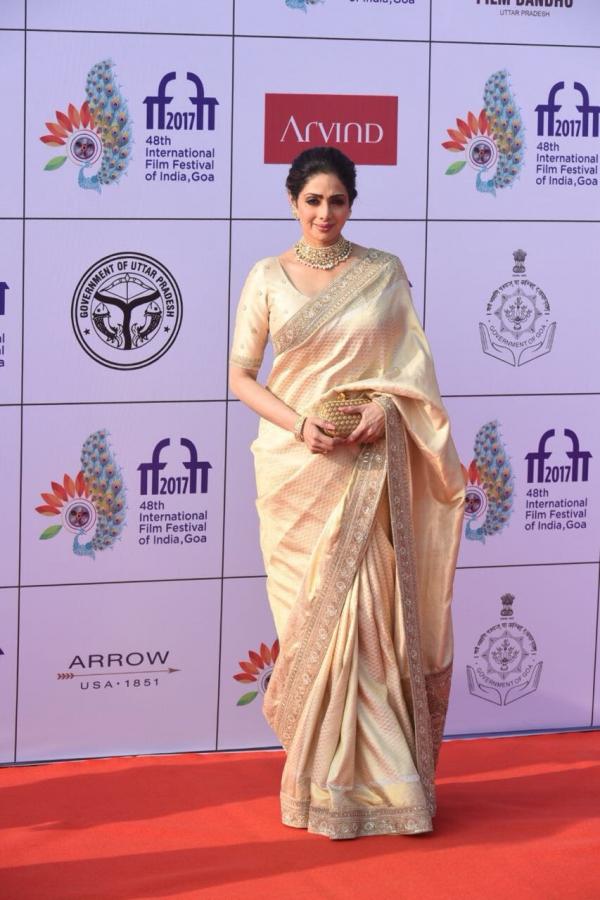 On 20 February 2018, Sridevi had flown to the United Arab Emirates, to attend the wedding of her nephew Mohit Marwah. She decided to spend a couple of days in Dubai to shop for her eldest daughter Janhvi’s 21st birthday, after the wedding.

According to Boney Kapoor, he took a 15:30 flight to Dubai and reached Jumeirah Emirates Towers Hotel around 18:20 (Dubai time) in Room 2201 where the actress was staying. She and Boney briefly met and chatted for 30 minutes or so. Afterwards, they decided to have dinner. Sridevi went to bathe and to get dressed for dinner, while her husband waited in the living room. After 15–20 minutes, around 19:00, he called out to the actress as they were getting late but was unable to get a response.

Sridevi was pronounced dead on 24 February 2018 in her hotel room where her husband had found her. At first, it was announced by her brother-in-law Sanjay Kapoor to the Indian media that the cause of death was a cardiac arrest, but the investigation to her death began and the case was transferred to Dubai Public Prosecution by Dubai Police, where the General Department of Forensic Evidence, Dubai revealed that the cause of death was “accidental drowning”.

The toxicology report later also revealed that traces of alcohol were found in her body, and water was found in her lungs.