Sara Loren shares a glimpse of her dance performance

From Guru to Devdas, 4 milestones in Aishwarya Rai's career

The filmmaker Boney Kapoor can be seen enjoying a movie with his younger daughter Khushi Kapoor at their house in a recent photo he shared on Instagram Stories.

Even though movie theatres have closed in many parts of India, filmmaker Boney continues to see movies.

In the monochrome picture, Khushi can be seen leaning on her dad Boney’s shoulder clinging to him while he holds her. “Watching a scary movie at home,” he captioned the picture. 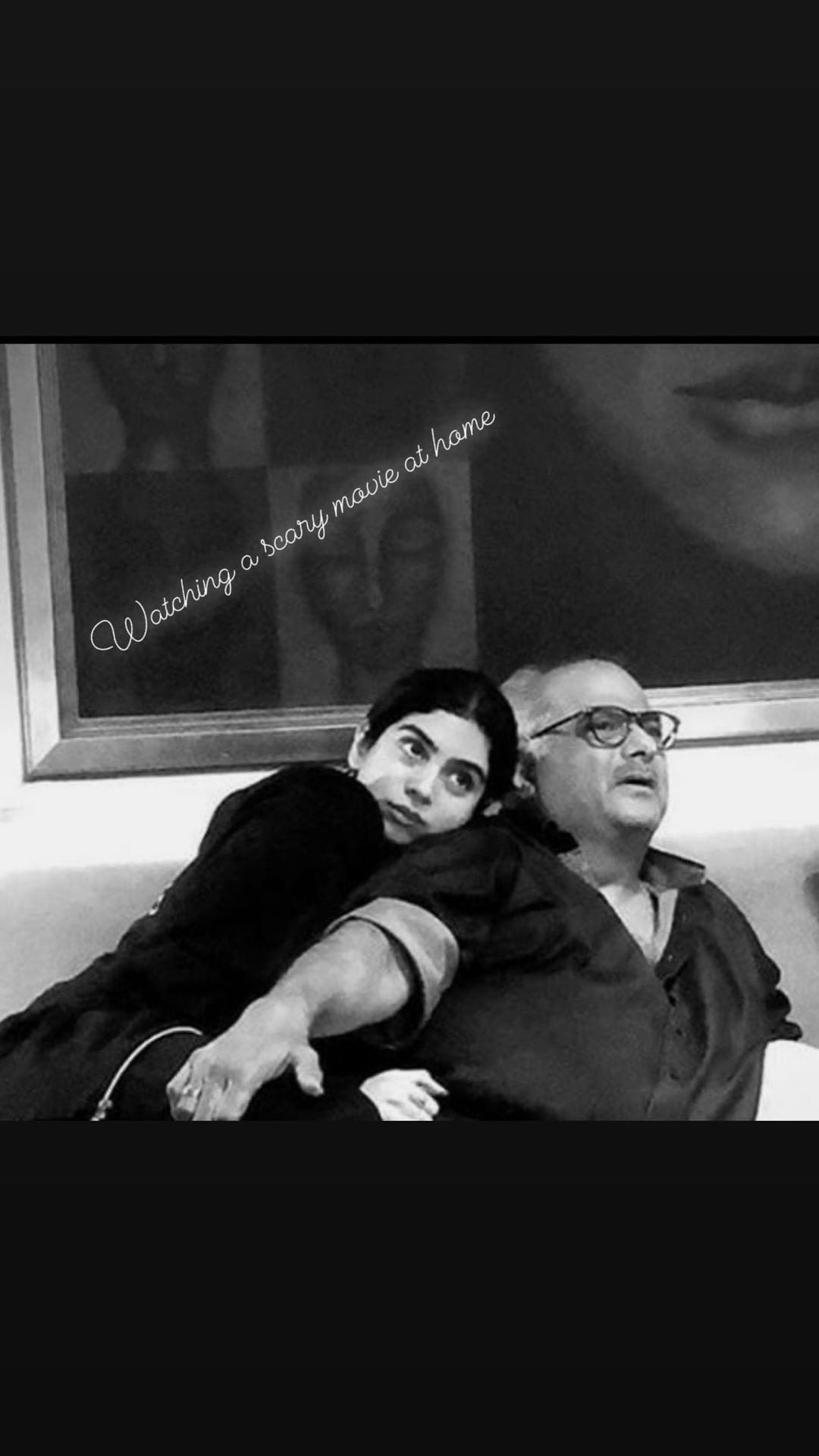 Khushi is rumored to be preparing to make her Bollywood debut this year. It was previously reported that she would make her acting debut in a regional language film.

Khushi had spent a year in New York studying acting and was rumored to be considering enrolling in the famed Lee Strasberg Theatre & Film Institute.

'It’s too late for me to be a mother', Delnaaz Irani

After a ten-day struggle with Coronavirus, actress Delnaaz Irani confirmed negative. On...

Govinda turns off comments on new song after trolls

Govinda's latest single, Mere Naal, was released on Thursday. He has, however,...

Dia Mirza came across an old photo from her Miss India days...

Kanye West teased his next single featuring The Game and DJ Premier...

In November 2020, "Baby Shark" became the most-viewed YouTube video of all...

Sara Loren shares a glimpse of her dance performance

Sara Loren is a Pakistani media personality, model, and actress. She is...

Mehwish Hayat, the charming actress of Pakistan, is nothing less than the...

From Guru to Devdas, 4 milestones in Aishwarya Rai’s career

Aishwarya Rai Bachchan is without a doubt one of Hindi cinema's most...