The government has been also creating awareness among the industrialists about the critical environmental situation in the province.

The negotiations with steel mills were underway to close their chimneys while long and short term programs are launched controlling the smog, he added.

He vowed to make Lahore clean and green city soon. 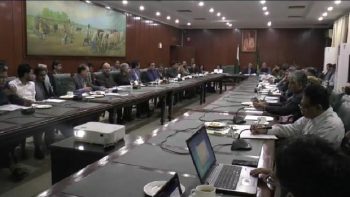 The minister said that public transport was the largest contributor in air pollution, followed by industry and agriculture while tree population was insufficient to counter this threat.

The government was promoting the tree plantation while in first phase government vehicles monitoring was started, he said.

He also said vehicle causing damaging to environment will stop and will not come on roads without fitness certificates. He said the scope will gradually expand to the private vehicles.

Further, the flow of vehicles would be reduced in to the schools area of the city to reduce the smog and forced to launch school buses instead of one kid one car culture.

The minister said the industry will be motivated to use environmental friendly fuels while factories and brick kiln without zigzag technology in red zones could also be closed.

He said the issue of crops residuals burning in India was being taken up in international forums while it was being controlled in Punjab as well.

Prices in the G20 group of major economies will grow faster than...

Saudi, UAE employment up around 70% post-pandemic

RIYADH: The employment levels in Saudi Arabia and the UAE have grown...

RIYADH: The Saudi non-oil exports increased 17.9 per cent on a year-on-year...

A grizzly bear was accidentally gored by a mountain goat in British...

Prices in the G20 group of major economies will grow faster than...