The Airline founder to create Asia’s next super app

AirAsia’s founder Tony Fernandes announces that he is going to create the region’s next “super app” as he deals with the coronavirus travel downturn.

The airline’s founder said that he is finding ways to make money while his planes were grounded.

Emirates to increase passenger services to Pakistan from August 10

Emirates has announced that it will increase its passenger services to/from Pakistan...

Mr. Fernandes said in an interview that he has spent his time during the travel slump improving the AirAsia app and BigPay.

“The downturn was a blessing in disguise in some ways as it allowed us to focus more on it. Running an airline takes up a lot of our time but we have been given the opportunity and time to focus on our digital business.” 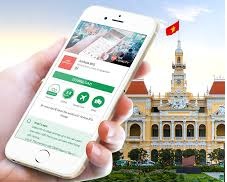 AirAsia has a “rich database” of over 60 million users as its starting point. However, the company has dealt with a 30% cut of its staff during the pandemic.

AirAsia app offers a messaging service. It is likely to be upgraded to super apps like Singapore-based Grab, Indonesia’s GoJek, and China’s Meituan.

“AirAsia has always been a digital company. We were one of the first airlines to sell online. It’s in our bloodstream,” added Mr. Fernandes, who is also a major shareholder of English football club Queen’s Park Rangers (QPR).

“I know a super app sounds like a lofty target but Grab and GoJek also started out small as food or mobility apps. Plus people also questioned me the same way when I said I wanted to start AirAsia.”

Fuel adjustment: Electricity tariff for 10 distribution companies to go down by 12 paisas/unit

KARACHI: The electricity tariff for the consumers of 10 distribution companies of...

Rupee edges down against dollar

KARACHI: The rupee lost 15 paisas against the US dollar on Friday,...

KARACHI: The Securities and Exchange Commission of Pakistan (SECP) has notified guidelines...

KARACHI: The Federal Board of Revenue (FBR) on Friday constituted two separate...

KARACHI: The State Bank of Pakistan (SBP) has allowed all commercial banks...

KARACHI: The foreign direct investment (FDI) inflows in the country plunged around...