Pakistan’s positivity rate of coronavirus is now 22%, finds WHO

Pakistan’s positivity rate of coronavirus is now 22%, finds WHO

According to WHO’s findings, Pakistan’s positivity rate of deadly coronavirus is now 22%, which is ‘higher’ than many other countries around the world.

Positivity rates being monitored in all pandemic-affected countries around the world are the percentage of positive results out of the total number of sampled tests.

As per WHO’s guidelines, countries should report a positivity rate of 5% or less, that are looking to relax social distancing rules, lockdowns, or other public health measures should for two consecutive weeks.

WHO notes that although Pakistan has sped up its testing to over 29,000 tests per day lately,  out of those tests have resulted back 22%  positive in total.

Meanwhile, in early May, Pakistan started easing its three-week lockdown. 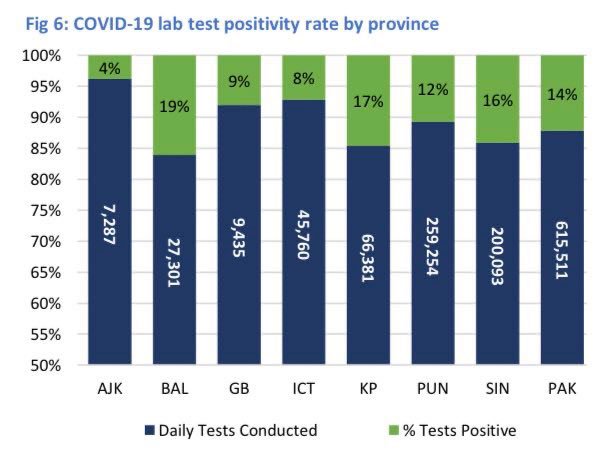 Recently a report was sent to the Punjab Government by a WHO representative last week which also pointed out the ‘high’ coronavirus positivity rate in the country.