Chairman NAB’s brother released on a case of killing parents

The High Court acquits the three death row convicts, including a brother of Javed Iqbal, who was involved in the murder of Chairman NAB’s parents.

According to sources, a two-member bench comprising Justice Sadaqat Ali Khan of the Lahore High Court passed judgment on the appeals.

The court acquitted the accused on the basis of insufficient evidence, including Naveed Iqbal, the half-brother of Chairman NAB, Javed Iqbal. 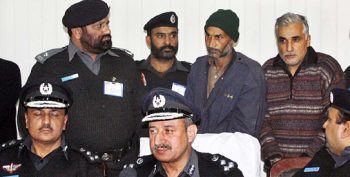 The accused had allegation of killing their parents over the financial dispute back in 2011.

Earlier, Chairman NAB Justice Javed Iqbal says there is no single but many mafias in the country.

Addressing a seminar in Lahore, Chairman NAB said that money laundering is a crime while avoiding taxation is a different matter; assure that no tax evasion case will be made by NAB.

This is the duty of the Federal Board of Revenue and these types of cases will be handled by them.

Javed Iqbal also said that NAB stands for its own accountability, it is a public-friendly institution, we have never crossed the limits, and we do not take any action beyond its jurisdiction.

He added that punishment and penalties are the functions of the courts under national law.

The Peshawar High Court on Monday has issued directives for the employees...

The Sindh High Court has refused a plea seeking stay order against...