Why Pakistani Students Want Cambridge 2021 Exams To Be Canceled?

As the third wave of coronavirus has caught Pakistan, the O/A-Level students want the international board to cancel the CIEs 2021 exams to be canceled.

Earlier this week, the Cambridge students started a trend #cancelcieexam2021 on the micro-blogging site Twitter. 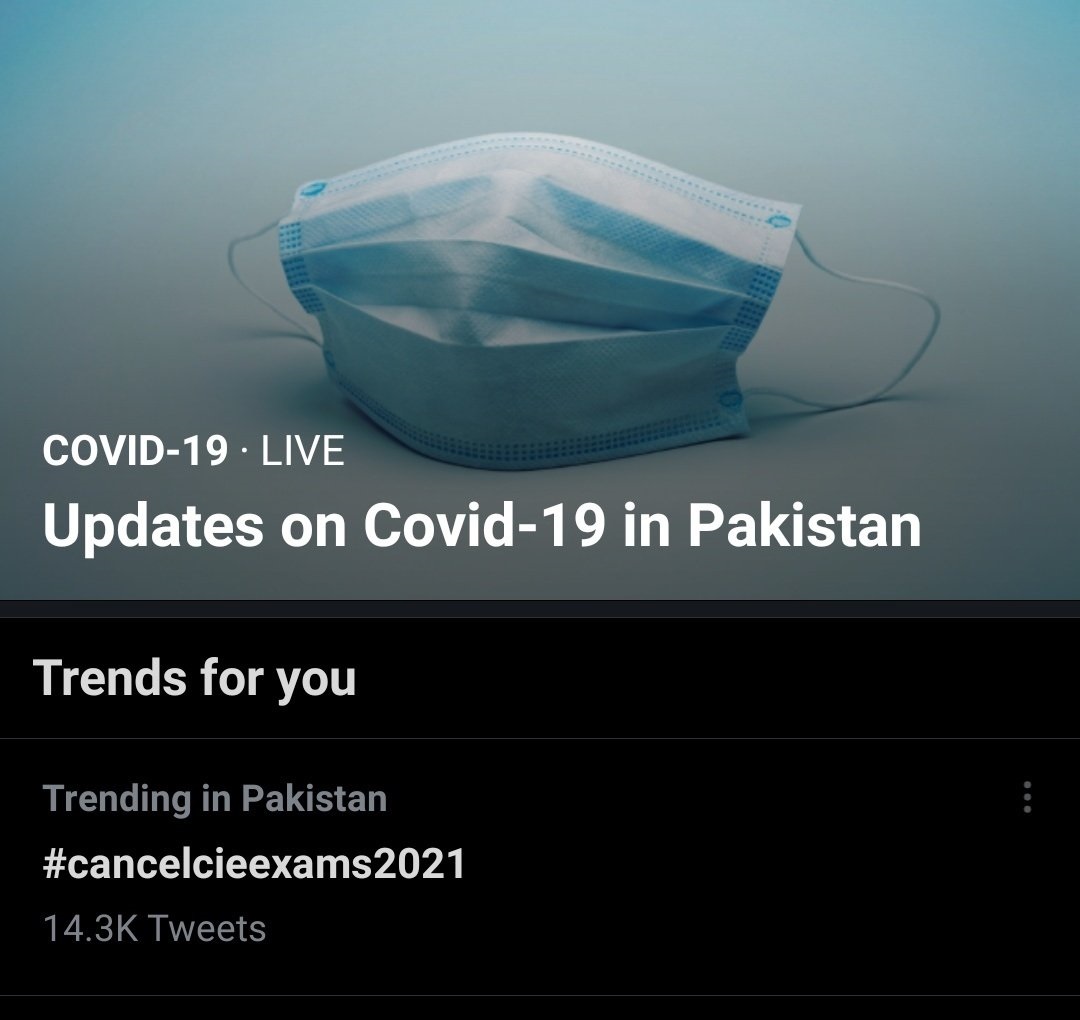 “In 2021, students have suffered the most. The syllabus of most of our courses has not been completed yet and most of us are suffering from anxiety and depression because of the pandemic.”

The student went on to say that,

“Now, as the third wave of the coronavirus continues to spread, how can the government allow the exams to be conducted”

#LifeMattersCancelCIES21
We stand with our students and request to our PM @ImranKhanPTI ,@PakPMO and education minister @Shafqat_Mahmood
To cancel the CIES exams of 2021 because of Corona’s 3rd wave.@MainBhiHoonPAK @Sheel_12 @MalangChokra pic.twitter.com/CfrSYDuvtL

SIR OUR LIVES ARE MORE IMPORTANT!! SHAFQAT MEHMOOD NEEDS TO UNDERSTAND THIS #cancelcieexam2021

Many students have raised their voices for the cancellation of the exams as the government had earlier decided to close down schools once again in Punjab, Islamabad, and Khyber Pakhtunkwa.

However, the Federal Minister of Education Shafqat Mehmood announced that despite the third wave of coronavirus exams of Intermediate, Matric, and Cambridge will be conducted as per the schedule.

One of the Cambridge students said,

“My college was closed for so long and online classes are not as effective. Classes weren’t held properly and everything was confusing.”

“Last year I was really confident before my CIEs because we actually studied and had our normal mocks, but now the exams are in a month and we haven’t even covered the syllabus yet,” the student continued.

“Cambridge could’ve easily done something to help us. For example, cutting down the syllabus. Excluding some topics. Reducing the workload. But it did not.”

#LifeMattersCancelCIES21
Last year I was really confident before my CIEs because we actually studied and had our normal mocks, but now the exams are in a month and we haven’t even covered the syllabus yet.@ImranKhanPTI @Shafqat_Mahmood pic.twitter.com/q8zO7PiFJT

As per the details, all the Pakistani Cambridge students have started a petition in which they have cited the following demands:

It should be mentioned here that Cambridge O and A-Level exams are scheduled to be held on April 26 and end on June 11 in Pakistan.

According to the details, the international board has already canceled exams in 10 countries across the world because of the ongoing pandemic.

According to Schools Week, for its IGCSE qualifications in the United Kingdom, Cambridge International is opting for teacher assessments.

Following the third COVID-19 wave across Pakistan, the University of Karachi has...

After Federal Minister for Education Shafqat Mahmood updated about the board exams...

Sindh Education Department has on Wednesday issued notification of school and college...

Exams dates for classes Prep to 8 across Pakistan announced

The dates of exams for Prep to class 8 have been announced...

The government of Punjab has on Saturday announced a new schedule for...

Karachi’s famed NED University is all set to introduce a Turkish language...