Punjab boards committee of chairpersons has announced the postponement of the intermediate and matriculation results.

According to details, the schedule of matriculation and intermediate results has been postponed due to the non-approval of the promotion policy by the cabinet.

Secretary Boards Punjab said that the schedule of examination results will be released after the approval of the promotion policy. The matriculation and intermediate results were to be announced on September 30 and October 16. 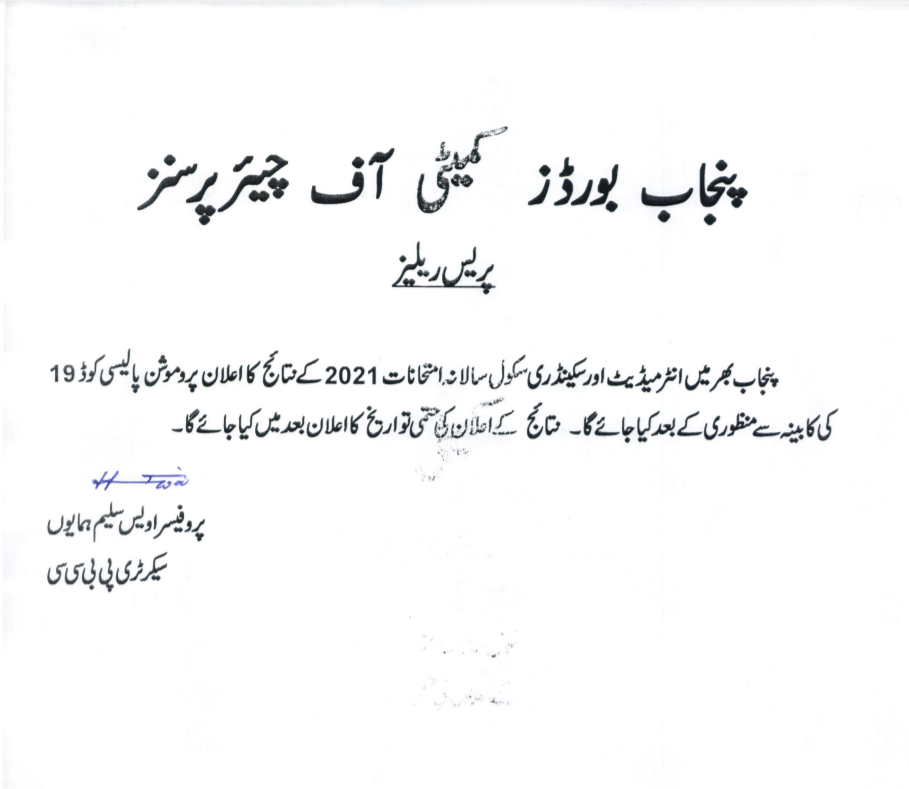 On the other hand, the Federal Board had announced the results of Intermediate Part II. 99.89% of students passed the examinations, 70,079 students appeared out of which 69,503 students have passed the exam.