The Venice Film Festival kicks off Wednesday with a lineup that’s a bit lighter on Hollywood fare than usual but still studded with hot titles and big stars expected to appear on the Lido, including Brad Pitt for space odyssey “Ad Astra,” Kristen Stewart for “Seberg” and Joaquin Phoenix for “Joker.”

The fest’s opening news conference also made clear that the under-representation of female filmmakers in Venice continues to be a hot-button topic, with jury president Lucrecia Martel suggesting that festival Chief Alberto Barbera could have experimented with making the competition lineup evenly divided between films directed by men and women.

The 76th Venice International Film Festival began on August 28 and stars including Brad Pitt, Martha Hunt, and Sofia Richie have already flocked to the prestige event.

Until September 7, it will be the destination for fresh-off-the-gondola fashion statements.

Only two of the 21 titles in competition are by female directors.

The Paris-set movie is the first filmed by Kore-eda outside Japan and segues from “Shoplifters,” which won the Palme d’Or last year. 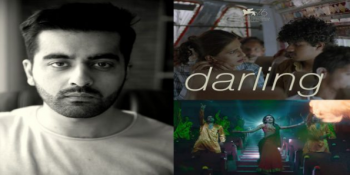 Venice chief Alberto Barbera has called the new film “a poetic reflection on the relationship between a mother and her daughter, and the complex profession of acting.”

The Filipina-Indian beauty Rabiya Mateo from Iloilo City has won the title...

Renowned star Mansha Pasha has shared her thoughts about the sustainable fashion...

US comedian Kevin Hart, who recently welcomed his fourth child with wife...