Ed Sheeran made an incredible £65,000 a day in 2018, it has been revealed today making him the highest-earning British solo artist. 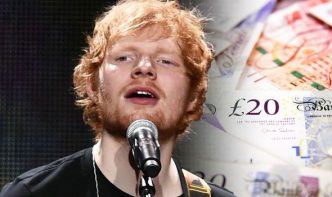 Ed Sheeran has doubled his wealth in the last year to rise above Adele with a total worth of £160m, according to the sources. 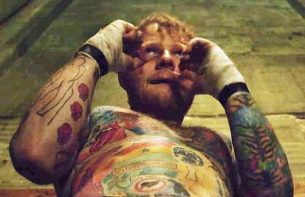 He at least 60 colorful tattoos, and they include a Heinz ketchup logo, the cartoon penguin Pingu, boxing gloves, Damien Rice’s autograph, a Lego head, Chinese symbols, various song lyrics, the phrase ‘Ladz On Tour’, a tree, a cup of tea, a goat, a koala bear, Puss In Boots, the gingerbread man from Shrek, ‘Galway Grill’ and a massive lion on his chest.

Kevin Paul, who is responsible for more than 40 of Ed’s tattoos, says he agrees with trolls who claim Ed’s body art sucks – but it doesn’t matter, because they’re all personal to him. 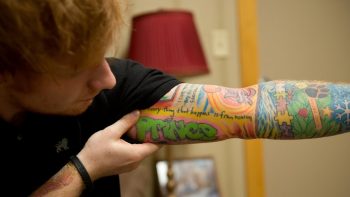 What Do You See In This Picture?

You can see a word written. However, when you carefully observe the...

Can you guess who this celebrity is?

Kareena Kapoor is a true icon of fashion and style. The celebrity...

Janhvi Kapoor is currently working on his project ‘Good luck jerry’ in...