Hania Amir was almost finalized to cast in ‘Teefa In Trouble’: Ali Zafar

Pakistani Industry’s very own rockstar Ali Zafar was in an interview with Momin Ali Munshi. As the two men talked about various topics ranging from controversies, blasts from the pasts, and possible future projects, interesting revelations about Teefa in Trouble and its casting were made.

During a fun game segment to guess the possible female lead of ‘Teefa in Trouble 2’, Ali Zafar made the revelation that it was Hania Amir who was almost finalized for the role of Teefa’s leading lady in the film. 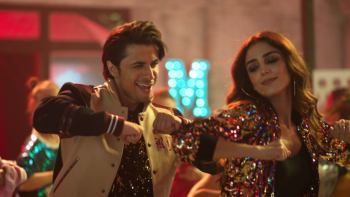 “When Maya was being considered, Hania was also being considered very strongly for the same role. In fact, she was almost finalized for it. But for some reason it couldn’t happen,” revealed Ali Zafar.

Apart from these interesting bit of conversation, Ali Zafar talked about the possibility of an international project, his plans on releasing a music album soon, and whether ‘Teefa in Trouble 2’ will have a heroine from “the outside”.

‘Teefa in Trouble’ remains the one film that proved at the box office that good content does not need any holiday release to make big numbers. 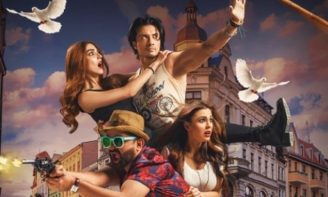 The film was an instant success both critically and commercially, and despite all the controversy surrounding it, it managed to bag awards and international nominations as well.

What Do You See In This Picture?

You can see a word written. However, when you carefully observe the...

Can you guess who this celebrity is?

Kareena Kapoor is a true icon of fashion and style. The celebrity...

Janhvi Kapoor is currently working on his project ‘Good luck jerry’ in...