Writer-Director Hamza Bangash received an Award of Excellence, from the Asian Film Academy and Motion Picture Association (MPA) for his feature film-in-development ‘Mariam’. 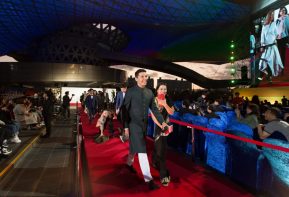 While, Sarmad Khoosat’s ‘Zindagi Tamasha’ has been awarded the prestigious Kim Ji-seok Award.

The film is being produced by Mina Husain, a UK-based producer, and Anam Abbas, a prolific Pakistani filmmaker and Berlinale Talent (2018).

Mariam is slated for a 2021 release, and is currently raising development funds.

Sarmad’s Zindagi Tamasha had its world premiere at the Busan International Film Festival earlier this week. 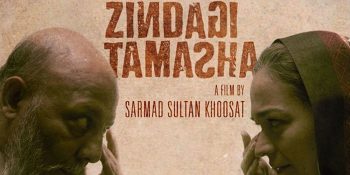 Set in Lahore, the film chronicles the chaos that ensues in the life of a devout elderly man when a video featuring him gets uploaded onto social media.

The film has been directed and co-produced by Khoosat along with his sister Kanwal Khoosat.

It has been written by Nirmal Bano and stars Eman Suleman, Samiya Mumtaz, Arif Hasan and Ali Qureshi.

Speaking about the current state of the Pakistani film industry, Sarmad said, “The misfortune with our industry in the 1980s and 1990s was that it did not cater to a wider audience. But the last two decades have seen a nice variety of films come out, and the revival of Pakistani cinema.”

The date of release for Pakistan will be announced soon through the social media handles of Khoosat Films.