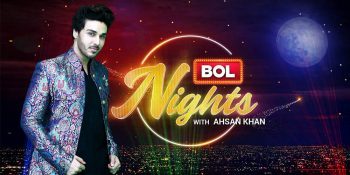 Ahsan Khan asked Zhalay Sarhadi, ‘Have you ever performed an item number?’ To which she replied, ‘Yes, and it became a huge target of criticism on social media’

Zhalay Sarhadi said that you should ask Hamza Ali Abbasi, who appreciated her performance right after it was released.

Actress highlighted the story that, in a twitter update, Hamza Ali Abbasi praised Zhalay for not showing off her skin in the movie to get cheap word of mouth for the film.

Actress said that the post triggered anger at first, as his comment brought huge criticism towards her performance.

Host Ahsan Khan asked Zhalay about Hamza’s point in his post, to which she replied that Hamza pointed out towards Mehwish Hayat, Sohai Ali Abro and Ayesha Omar, who are actively performing in item songs.

My review on Jalaibee aside, i am tremendously proud of Zahalay Sarhadi for not taking her clothes off in her…

The actor was so impressed by the movie’s reliance on quality work for success and promotion that he did not forget to give credit to the film’s director Yasir Jaswal. 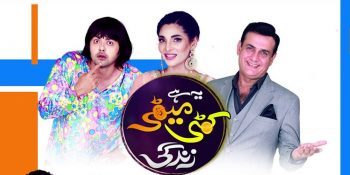