Rumors regarding American actors Brad Pitt and Alia Shawkat are part of the gossips these days and it sounds that the dating rumors regarding both of them might become true.

According to sources, Brad Pitt was noticed at an Opera night sitting and enjoying with Alia Shawkat. Both were seen hugging and praising each other at the event. 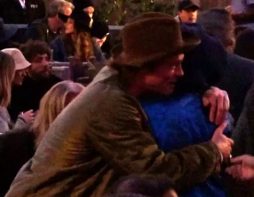 It was also noticed that Brad Pitt grabbed Alia’s arm while keeping the other arm on her back during a talk. 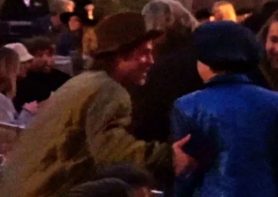 Although both the American actors had mentioned on media that they are just friends, the way they express close affection with each other is reflecting that something is still unrevealed.

Brad Pitt is a popular Hollywood star who had divorced her wife Angelina Jolie and rumors about Brad Pitt and actress of the movie Arrested Development Alia Showkat are viral on media. According to the sources, Angelina Jolie had canceled Brad’s contact with their children.