American singing sensation Lizzo is quite the fashionista and her recent look at the American Music Awards 2019 was proof enough of that.

While her orange ruffled Versace dress was quite the head-turner at the star-studded ceremony, it was her minature purse that caught the attention of the world and erupts memes on the internet. 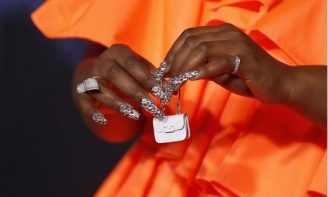 Lizzo, who bagged three nominations at the event, walked the red carpet in style with her diminutive accessory in hand, amplifying her confidence.

The internet was erupting with memes about the singer’s tiny purse and what it may have contained.

I can’t believe Lizzo carried my self esteem on the AMA’s red carpet pic.twitter.com/SfhMMTQ6MZ

#Lizzo could only carry a tiny purse because she was too busy carrying all that talent #AMAs2019 pic.twitter.com/2L1Zp78eEE

While some used the opportunity to poke fun at themselves and even the singer, Lizzo couldn’t help but find delight in herself becoming the new internet trend.

She turned to Twitter asking her fans: “Can someone photoshop the bag big and me small? I’m tryna see something.”

Can someone photoshop the bag big and me small? I’m tryna see something 😩 pic.twitter.com/S4YC9AqZ3Y

Some of the iconic responses were also shared by her on her Instagram.

Daren Sammy Appointed as new member of CWI Board of Directors