BOL Entertainment’s new game show ‘Khush raho Pakistan‘ becomes the top Twitter trend in Pakistan The show premiered today and it has broken all viewership records. That sets a high bar for the coming episodes of the show 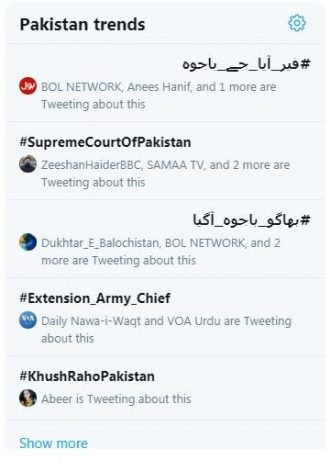 Today first episode of the show went on air and it has broken all records and become top trend on Twitter.

Best of luck Bootay for starting a new show #KhushRahoPakistan I’m sure u will be as great as ever “ . From ur zulekhaan 🤗😜😜 @faysalquraishi pic.twitter.com/qluP2k1S5Z

My brother @faysalquraishi is coming back on air with a BIG game show to make you all happy…Khush hojao Pakistan…apna shazada waapis on air araha hai…..good luck bro…I know It’s going to be really good… https://t.co/OLG0HH1wPi

It’s on air now folks join my brother @faysalquraishi on the happiest happening game show only on @BOLNETWORK https://t.co/pdOUCDwSl1

Unlike the ‘run off the mill’ concept of the usual Game Shows happening around the country, Khush Raho Pakistan is a fresh feel to the audience.

The show is divided into several segments, each one offering contestants fabulous prizes in return for successfully completing a set of challenges or game tasks given by the host. Apart from that, the show will exhibit the biggest amount of gifts given in a single episode of any Game Show which ranges from cars and motorcycles to gold, vacation packages, household items and much more.