Everyone hates Ayeza Khan as Mehwish, the whole nation has come together in solidarity to show their sympathy and support for Humayun Saeed’s loyal character.

The drama revolves around a woman who cheats on her husband with her boss to fulfill her wishes as her husband, Humayun Saeed doesn’t earn much, though he tries to give her all the happiness in the world.

The recent episode has moved people and took the internet by storm.

The episode was powerful, one of the dialogues of Humayun Saeed has also been circulated rapidly on the social networking sites. 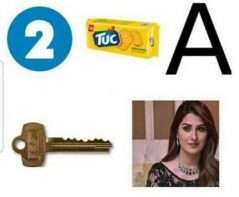 The cast and crew are overwhelmed with the love and feedback they are getting from fans as well as from the Pakistan media industry.

‘Mere Paas Tum Ho’ writer Khalil Ur Rehman was recently slammed by people for his misogynistic views on women.

In an interview while talking about his drama ‘Mere Paas Tum Ho’, Rehman said, “You can’t find a bigger feminist in Pakistan than me. If women want equality, they need to do the same things men are doing, go and rob a bus, abduct a man and gang-rape him. Only then I would know there is equality,” he added.

The writer went a little too far when he said, “Women don’t know their rights, and they want a share of men’s rights, which they can never have”.

Many celebrities have voiced their opposition to Khalil Ur Rehman’s views and condemned him severely.

The title song of this drama was sung by Rahat Fateh Ali Khan. The music was composed by Naveed Nashad and the lyrics were written by Khalil-ur-Rehman Qamar.

Why Nora Fatehi is not celebrating Eid with her family and friends?

Famous Bollywood actress and Dancer said that she is not celebrating Eid...

What is the reason for not inviting Hina Altaf to their wedding?...

Nida Yasir appeals for prayers, informed they are doing fine

This 9-year-old boy weeps emotionally when he ate his favorite McDonald’s happy...

Mainly hot and dry weather is expected in most parts of the...

Today GBP to PKR exchange rate is RS 195 in the currency...