Iqra Aziz and Yasir Hussain are one of the power couples in Entertainment industry of Pakistan. Since the inception of their relationship, these two have never hesitated being casual and open about their romance with each other. They post pictures on their social media accounts spending good times together. Their engagement brought both happiness and anger among the fans. Some Fans labelled their engagement a publicity stunt while others find Iqra Aziz and Yasir Hussain the rule breakers in a society.

Yasir and Iqra also enjoy spending some quality time with each other. Be it Iqra Aziz flying to Islamabad to watch Yasir’s theatre play or Yasir getting a cake for Iqra’s birthday, the celebrity couple defines perfect couple goals in a various ways.

Pakistan entertainment industry’s young and emerging star Iqra Aziz turned 22. Her birthday celebration pictures are making rounds on the internet. She celebrated her birthday with none other than her love of life Yasir Hussain.

Her Fiance Yasir Hussain has thrown a mid-night birthday party for Iqra. Kubra Khan,  Asad Siddiqui  and Wajahat Rauf were also present at the event.

Yasir Hussain brought a unicorn cake to celebrate his fiancé’s birthday. The actor shared pictures of the event with his fans along with Iqra where the love birds seemed enjoying the birthday bash. 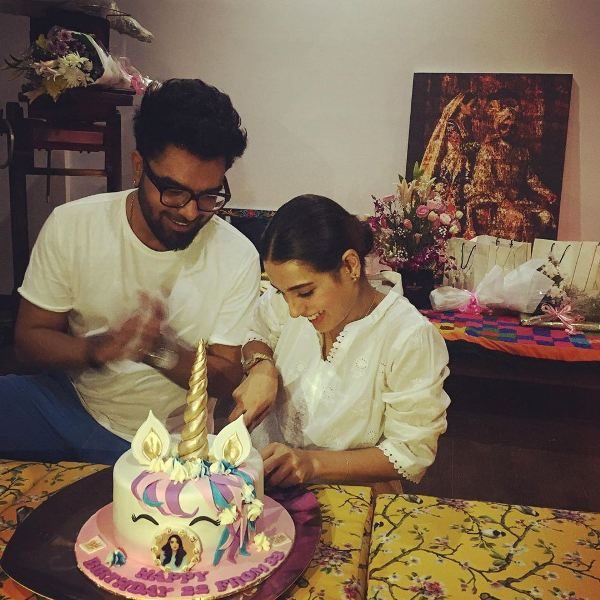 Recently, the couple was on Vacation in the US and they hinted that they might marry in 2019 in a social media post. Iqra Aziz wrote on her Instagram account “Counting days till we become official.” which gave Goosebumps to many fans

I’ve never met a man as supportive as you my love🌸 Counting days till we become official♥️ . 📸 @moe_butt

This just in! More power to the on screen couple that have gone official with an engagement proposal by Yasir Hussain for Iqra Aziz. This is the biggest surprise moment of LSA 2019 and we are all thrilled 💕📷♥️💫🔥 #LSA2019 #HappeningNow #LSAAwardNight2019 #LuxStyleAwards2019 #AwardNight #glamcam @yasir.hussain131 @iiqraaziz #YasirHussain #IqraAziz

Apart from getting proposed the actress also won the award  for “Best Actor Female” for her all famous drama serial ‘Suno Chanda’.

Iqra Aziz started her entertainment career with TV commercials. She made her debut in the television industry with ‘Kissey Apna Kahain’. Iqra Aziz has been awarded with many laurels for her acclaimed acting in projects like Choti Si Zindagi, Suno Chanda, Ranjha Ranjha Kardi, and many others. Recently Iqra Aziz also started creating V Logs on her youtube channel where she shares various aspects of her life with her Fans.