A Movie on Michael Jackson Biography

A film on the complete personal and professional life of Michael Jackson is in work by Graham King producer Bohemian Rhapsody.

According to the details, He will collaborate with the estate of Michael Jackson from where he got the rights of the Pop Music Icon. 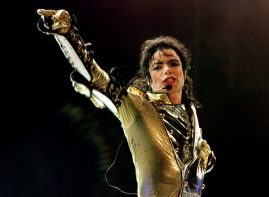 Screenplay would be written by an Oscar-nominated writer who also wrote for Hugo and James Bond movies, Spectre, and Skyfall. None other than John Logan.

From the beginning of late singer’s journey with Jackson Five, all his life would be covered. Also, it would highlight his rise and fall and his dealings with criminal lawsuits for legal complications over the child sex abuse.

What did Minal Khan thank Fahad Mustafa for?

Kim Kardashian talks about her ‘first, real’ marriage to ex-husband

A review of data from over 30,000 American adults revealed that skipping...

Fuel adjustment: Electricity tariff for 10 distribution companies to go down by 12 paisas/unit

KARACHI: The electricity tariff for the consumers of 10 distribution companies of...

Rupee edges down against dollar

KARACHI: The rupee lost 15 paisas against the US dollar on Friday,...