Top celebrity weddings of 2019 which trends on Google

One of the most trending search results have been of celebrity weddings as a number of A-listers have tied the knot this year.

Some of the most popular ones include:

Miranda’s marriage to NYPD officer, Brendan was handled in a pretty-hushed manner. The actress later revealed the news to her fans on social media by posting her wedding pictures, within the same month. Since then, the couple has been a spitting example of pure and unfiltered PDA.

Jennifer Lawrence is one of the most recent stars to tie the knot. Her venue of choice was the Belcourt of Newport in Rhode Island. Her dress was reportedly selected from Dior, whereas the large estate was the vision of Richard Morries, in around 1894. The bride captivated the day with a tastefully elegant and pastel gown. 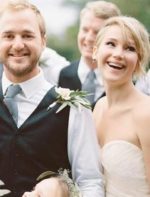 Justin Bieber’s official wedding happened within a court house, a year prior. Only recently did the couple celebrate with a grand reception. The couple had an extensive venue option to choose from, however they went for Montage Palmetto Bluff, which is located 15 miles north of Savannah, and it featured two chapels to choose from within the secluded grounds. Hailey chose a total of four wedding dresses, different for each occasion, from a Vivienne Westwood minidress, to a Ralph & Russo halter-neck as well as a Vera Wang, and lastly a custom-made, off-white gown with a matching veil with the words, ‘till death do us part.’ 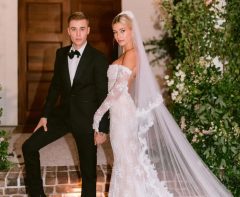 Miley’s wedding to Liam Hemsworth was one of the most talked about stories of the year. The news sent shockwaves across the internet when the couple announced their wedding. Miley opted for a Vivienne Westwood off-the-shoulder silk gown for the event. Her entire wedding album was also posted to Instagram. 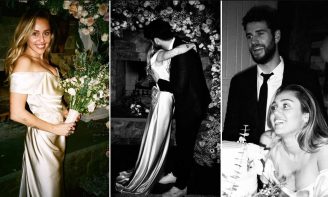 Chiquis Rivera posted a video detailing her entire wedding day to YouTube, from her bachelorette party to the reception. Her dress was a piece designed by Mitzy, a Mexican designer. Her’s was fitted and cinched at the waist. 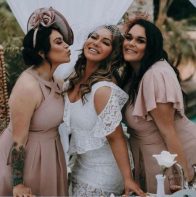 Zoë Kravitz opted for a sleek and custom look, sporting custom bridal bike shorts for her big day, although her initial plan was to wear a pair of tailored trousers, she and her designer, Danielle Frankel ended up deciding on a one-of-a-kind bike shorts.