Popular Tik-Tok Star and social media celebrity Hareem Shah recently appeared in BOL Entertainment’s show BOL Champions with Waqar Zaka. BOL Champions is the challenge-based reality game show in which contestants participate in various tasks that challenge their physical and mental strength. Participants have a chance to win 10 million rupees on the basis of their confidence and daring abilities.

In an attempt to prove herself daring Hareem Shah appeared in the auditions of BOL Champions. She performed the most dangerous “Kiss of Death” where she kissed a Cobra.

Hareem Shah appeared in episode 7 of BOL Champions with Waqar Zaka. During her audition she revealed a lot about her life. Hareem told that she is currently doing her Master’s in Education and wants to start her own business. She also revealed that her father is unaware about her activities where as her mother knows all and she has always supported her.

Hareem Shah took to limelight with her appearances and Tik-Tok videos with popular politicians and she also has been spotted in government offices. Recently her Tik-Tok video inside the foreign office took social media by storm and stirred a debate online as how she has been allowed to enter the most sensitive place. 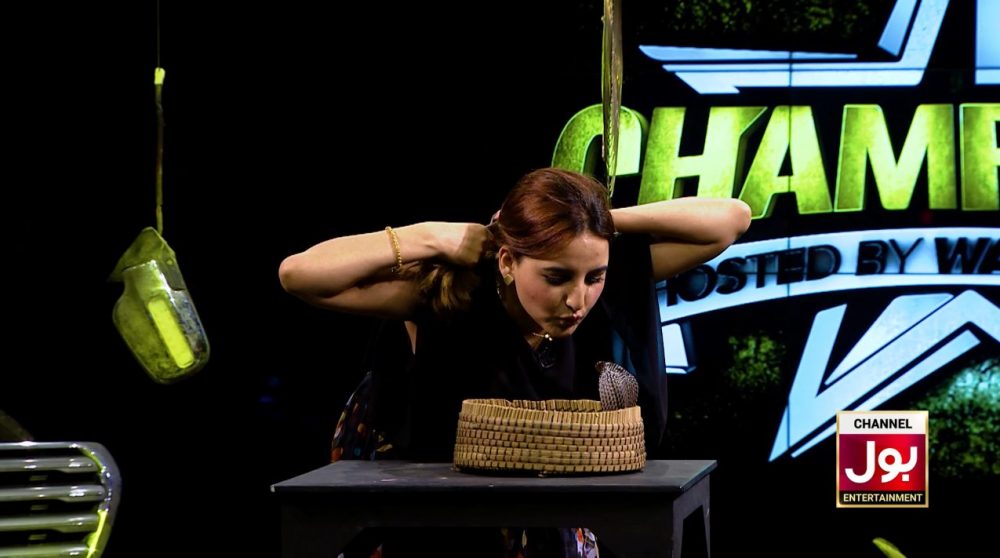 Performing Kiss of Death on live TV, is no joke but Hareem Shah proved herself to be brave enough and performed her task without even blinking an eye. When she was given the task she opened the box in which Cobra was kept and kissed on the head of King Cobra.

Karachi: Today 1 Binance Coin to Pakistan Rupees according to the foreign...