Selena Gomez was spotted in no-makeup look while she arrived at Heathrow Airport in London on Monday.

The actress-turned singer was slaying in the complete black dress she wore while reaching the airport. She was seen wearing a scoop neck t-shirt which she paired up with black sweat pants and long plush black jacket. She was also holding a white dress with golden straps and wearing transplant glasses. 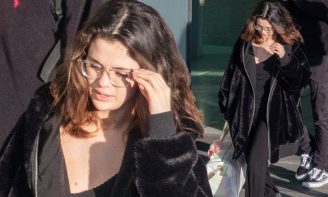 Selena appeared with a completely no-makeup look in this attire. 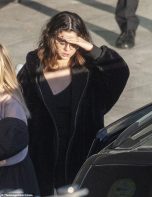 According to details, she came to London after having a performance. Sources revealed that she got a panic attack before performing at the American Music Awards that happened last week.

According to international media sources, she was putting a lot of pressure on herself before returning to the stage. She performed as an opener of the show.

She took the stage at American music awards. She was seen performing live for almost after two years.