Grammy Awards, is all set to be aired on January, 26th 2020. The awards show has revolutionized over the years. And, changes have been made in multiple categories for this year’s Grammy Awards as well. The winners will be selected from the best compositions and recordings. 62nd Grammy Awards will announce nominations in around 84 categories.

The organizers of 62nd Grammy Awards have come a long way since it’s the first-ever ceremony that was held on 4th May 1959 at Grand Ballroom of the Beverly Hills Hotel. There were only 28 awards categories.

Only a few people know that the name Grammy Awards was known as Gramophone Award originally. This award is different from the Oscar Awards. It is given to appreciate the endeavors of the music industry by the Recording Academy, whereas the Academy of Motion Picture Arts and Sciences in the US gives Oscar to celebrate the achievements of the film industry.

Be ready for entertainment pack 62nd Grammy Awards this year as the performer’s list has some interesting names. Ariana Grande, Billie Eilish, Lizzo along with others, are ready to set the stage on fire.

Born in Boca Raton, Florida, Ariana Grande is an American songwriter, singer, and actress. Grande sated acting at the age of 15. She then took the music industry by storm with her unforgettable songs. Ariana has released five music albums: Yours Truly, My Everything, Dangerous Woman, Sweetener and Thank You Next.

The teenage pop singer, Billie Eilish is the first artist of the 21st century who ruled Billboard 200. The L.A based musician and dancer started her career at age 14. Eilish got fame when she first uploaded, “Ocean Eyes” to SoundCloud. She signed with Darkroom and Interscope Records after the recording industry found her. Things changed for her after her song “Bored,” which was featured in one of Netflix’s series. After only three years, Eilish has released her super hit album, When We All Fall Asleep, Where Do We Go?

Melissa Viviane Jefferson, a.k.a Lizzo is an Amerian rapper, flutist, songwriter, and singer from Michigan. Her music is a unique blend of humor and charisma. Her debut, Lizzobangers, became an instant hit as it portrays her days in Minneapolis where she used to live. Lizzo fans find her music melodic. Her classical flute allowed her to win the hearts of soft music lovers. 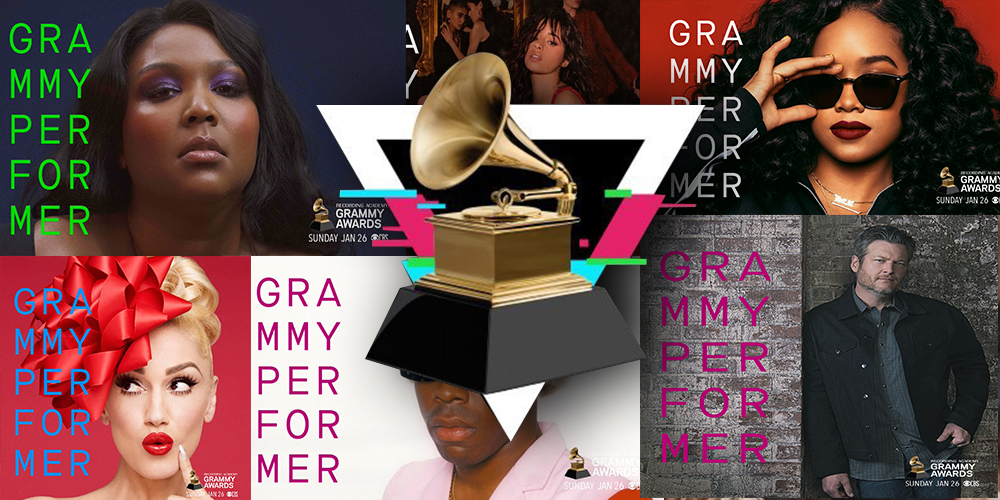 Singers That Won’t Be Performing in 62nd Grammy Awards.

It’s been long since Drake has attended the Grammy’s. The Canadian rapper won’t be attending and performing at the event this year too.

After receiving 10 trophies at 62nd Grammy Awards for her music album, Taylor Swift isn’t a part of this year’s Grammy’s.

BTS or Bangtan Boys from South Korea has a huge fan following around the world. However, the boys won’t be performing at the event.

American songwriter and singer Beyonce was nominated for ‘Everything is Love’ that was the joint album with her husband, Jay-Z. The couple is not likely to attend the event. Beyonce stepped back from attending the awards ceremony when she was nominated with Adele in 2017.

Singer, songwriter, and businesswoman Rihanna released her much-lauded album “Anti” three years ago. She has been a winner for Grammy Awards several times and entertained the audience with her jaw-dropping performances. It seems like she’s too busy to build her beauty brand that she doesn’t have time for Grammy’s. Her fans would be disappointed to know that Rihanna won’t be performing at the event.

Lamar’s music career had reached new heights of success when he was nominated in different categories at Grammy Awards. He has won 12 awards to date but remained unsuccessful to win any award for his albums. Even though he got a nomination in this category for three times.

Lamar has declined to perform at the 62nd Grammy Awards ceremony.

If you are a die heart fan of Grammy’s, you must be wondering whether your favorite singers or albums made to nominations or not.

Here is a compilation of Grammy Awards nominations for this year.

Fans of Lana must be delighted to learn that her newest music album, Norman Rockwell made it to the “Album of the year” category at Grammy’s. Her album had been nominated in Album of the year category before. However, she hasn’t won any award yet. 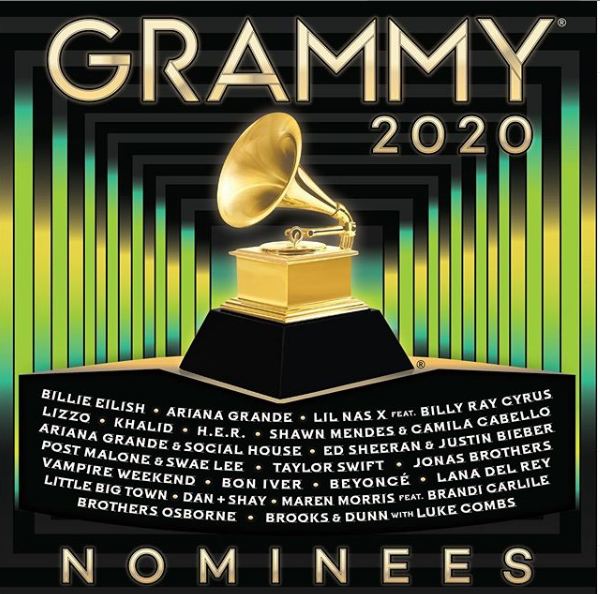 “When We All Fall Asleep Where Do We Go,” Billie Eilish

Gabi Wilson has won two Grammy’s at the 61st Grammy Awards ceremony. This year the singer is nominated in the “Record of the year,” “Song of the year” and “Best R&B categories.”

The singer of Old Town Road has made it to Grammy. And, 7, Lil Nas X has received total of six nominations for the same song. He is also nominated in the three top categories which are surely thrilling for his fans.

Cuz I love You, Lizzo

Lizzo seems unstoppable since her debut in the music industry. Although her success was slow, it finally came. She is nominated in the eight categories, which are delightful for her fans. Lizzo has secured her place in four top categories as well.

Father of the Bride, Vampire Weekend

The Jewish band won a Grammy in the category of “Best alternative album” in 2014. Father of the Bride by Vampire Weekend is listed for the best album award.

Proud received of nine Grammy’s; Lady Gaga is nominated yet again for her song “Always Remember Us This Way” in “Song of the year category.” She has made it to three categories this year. Her soundtrack for a film, “I Will Never Love Again,” is nominated for best song written for Visual Media. “A Star Is Born” name has also mentioned in nominations for the category of best compilation soundtrack for visual media.

Taylor Swift is all set for 2020 Grammy’s. Her name is not unfamiliar to people who closely follow Grammy Awards. She has been in the news for consistently nominated and winning awards since 2009. This music genius has made it to the “Song of the year” with her soundtrack, Lover. Taylor is also one of the insanely famous singers who have bagged several Grammy’s at such a young age.

People have been enjoying the Grammy Awards ceremony for decades now. Fans support their favorite artists, wholeheartedly. It is not surprising to see a backlash on social media when they don’t find the ones they love on the nomination lists. Reaching to nominations and winning an award both are crucial for an artist to boost their career in the music industry. Many famous names like Beyonce, Rihanna or Taylor Swift have gone through the process and secure their places among the giant musicians. The process of becoming a Grammy Award holder seems detailed yet interesting.

Canadian singer/songwriter @Jessiereyez reacts to her first-ever GRAMMY nomination for Best Urban Contemporary Album for 'Being Human In Public' at the 62nd #GRAMMYs 🎵🖤: https://t.co/i2Rt4jRzif pic.twitter.com/3PVYXl2q16

Here’s a glimpse of the voting process.

Record companies, along with record members, begin the process by submitting entries. These entries are screened for category placement and eligibility. Then, the voting members of the Academy in another process called technical and creative recording and participated in the nominating process. The nominating process is done to choose five finalists for every category. The Academy Members later become a part of the voting process to select the Grammy winners.

As mentioned above, the process of selecting a Grammy winner begins with screening. 350 experts in variant fields hold these review sessions. Their sole purpose is to ensure that submitted entries are placed in the relevant fields. For instance, Country music, Gospel, Classical, Rock, R&B, Latin, Rap and so on are some of the categories. At this level, the members don’t come up with any artistic or technical judgment. They ensure that every entry is placed correctly so that the further process becomes smooth and easy.

Australian-born, #Nashville-based producer, engineer, and mixer, Shani Gandhi, traces her path from young musician to GRAMMY winner in the latest of Behind The Board 🎧: https://t.co/sOj504oths pic.twitter.com/NWfYkaGy7g

Voting members receive first-round ballots. These ballots are sent to members according to their expertise. They can also vote in around 15 categories and four general fields like Song of the Year, Record of the year, Best new artist and Album of the year. Ballots kept in the supervision of an independent account firm located in Deloitte.

In this round, nominations finalized by special nomination committees along with academy members are included in final round ballots. Recording Academy members are also given a chance of voting in 15 categories of genre fields and four in general fields like the Best new artist, Song of the Year, Record of the Year and Album of the year. The Deloitte firm also tabulates Final-round ballots. 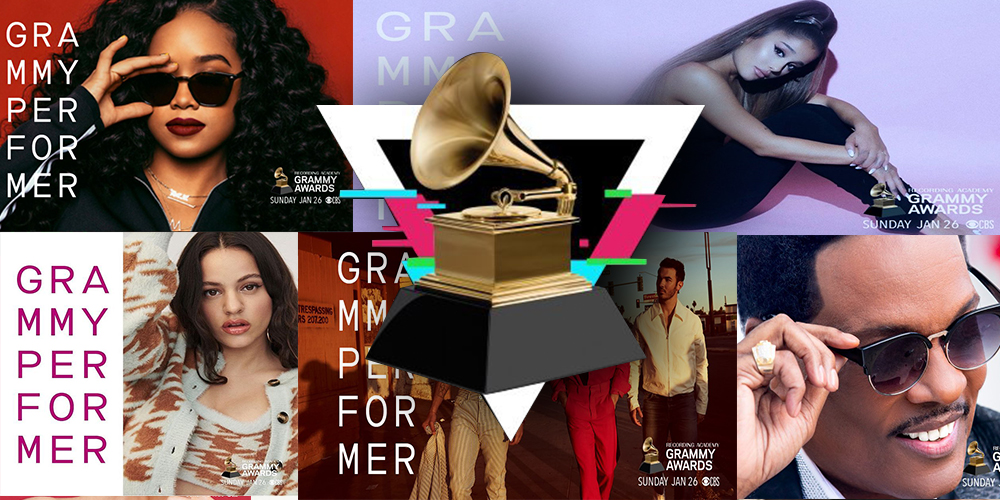 The results are always kept secret even from the academy members who have been a part of the lengthy process. The independent account firm of Deloitte sent the results in sealed envelopes. And, the winners are only revealed at the day of Grammy Awards telecast.

The winners can only opt for Grammy Award Statuette after signing and agreeing to the following terms.

The voting members of the Academy are the judges of Grammy Awards. These judges are professionals from the music industry with diverse backgrounds and successful careers. Judges can be members from different professions as well such as songwriters, engineers to music producers or vocalists, etc.

Just like last year’s ceremony, Alicia Keys will host the 62nd Annual Grammy Awards 2020 ceremony this year as well. Alicia Keys has bagged Grammy Awards 15 times. She is a well-known musician and songwriter from America.

Annual Grammy Awards 2020 Ceremony will be happening at the Staples Center in Los Angeles.

Grammy Awards 2020 is a closed event. The attendees of the ceremony are special guests, voting members, and nominees. The Academy Members also invite a limited number of special guests. As a member, you still go through a long procedure to get tickets. The ticket prices start at $200 and go up according to the seating arrangement. You need to obtain an invitation to buy a ticket. But, first, you need to provide details including your credit card information on the invitation card.

What you should know about the Grammy Awards 2020 Ceremony