Hareem Shah trolled over her picture with YouTuber Shahveer Jafry

Hareem Shah infamously known by many as the controversial TikTok star wreaking havoc in the lives of Pakistan’s political bigwigs.

It seems as though Hareem Shah never fails to land herself in some form of controversy or issues.

However, this time, it was the internet that went after the star on her recent Instagram post.

In the post, Hareem stood next to Shaveer Jafry, the Canadian-Pakistani YouTuber.

In the picture, Hareem seen, sporting minimal to no makeup, and a white shirt, while Shaveer’s stands by her side, in a dark grey T-shirt, her hand over his shoulder.

Youtuber with Tiktoker !! #shaveerjafry with most controversial lady these days #hareemshah .

A post shared by All Pakistan Drama Page (@allpakdramapageofficial) on Jan 8, 2020 at 12:31pm PST

The post did not seem to be well received by fans, as some began showcasing concern for Shaveer’s future well-being. 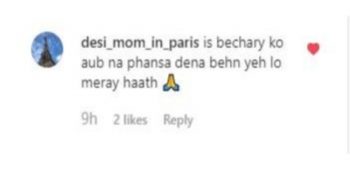