Jennifer Lopez sashayed the red carpet at the 26th Screen Actors Guild Awards (SAG) in $9 million worth of diamonds.

Jennifer Lopez definitely made sure all eyes were on her at the SAG Awards as she wore US $9 million worth of diamonds. 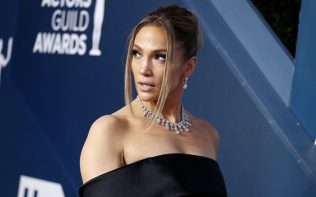 Jennifer’s Valentino gown at the Golden Globes was one of the most talked-about dresses.

The singer and actress chose for a statement bow but, this time around she made sure to do it right in a Georges Hobeika.

The strapless dress perfectly fit her body while a large statement bow at back transcended into a short train. 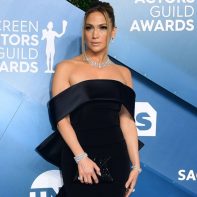 She styled the look with a simple hairdo where her mane pulled back in a low bun with a few strands of hair framing her face.

Her glam was also on point as she let her glowing skin shine while accompanying it with soft smokey eyes, loads of highlighter and a neutral lip.

Everyone gushed over her gorgeous black ensemble and her sparkling diamond accessories.

Lopez was literally clad in diamonds worth $9 million by Harry Winston. 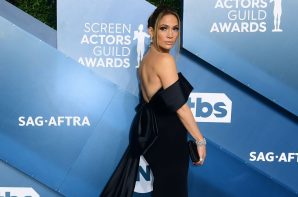 From rings to bracelets and statement necklace, Lopez looked one of the best-dressed celebrity at the event.

Earlier, the 2020 Oscars nominations had announced with a lot of snubs and surprises.

The female filmmakers overlooked in the Best Director category in the Oscars nominations.

Taron Egerton and Jennifer Lopez highly expected to get nod from the awards giving jury.

However, they failed to secure nominations in their respective categories.